Go live – with a digital twist

Before the pandemic, the medical device industry’s calendar revolved around physical events, where companies exchanged ideas, discussed trends and built relationships. Former Medical Device Developments editor Elly Earls finds out how manufacturers and events organisers have fared with virtual replacements, and what we can expect from post-pandemic gatherings.

When I was the editor of Medical Device Developments almost a decade ago, there was no question what my calendar would look like in November. The sales and editorial teams planned their year around it, as did the majority of the medical device manufacturers and researchers I spent my days interviewing. Lest I were ever to forget, I could check the sign-off on pretty much any email correspondence in my inbox: ‘Will we see you at MEDICA this year?’

Until the pandemic, nothing had changed. For companies across the medical device sector, the year revolved around physical events. There was Arab Health in Dubai in January, MedtecLIVE in the Spring in Nuremberg, MEDICA in Düsseldorf in November and, depending on your company’s specialist area, possibly a trip to the US or Latin America too. At these gatherings, the industry put their heads together to come up with new innovations, discussed the challenges presented by new regulations and – let’s be honest, this was always the best bit – left their product samples in their hotels and hit the town to get to know their new partners properly over a few glasses of the local tipple.

“These events are pretty hectic,” laughs Jeremy Carrasco, sales director at France-based medical device company Kinetec. “After an early start at the exhibition venue, we go back to the room for literally 20 minutes to change and then it’s time for the second part of the day – the evening gatherings. We probably end up talking about business for 30% of the time and the rest is getting to know the person. This is really important for us as a lot of our customers are longtime partners. We know them very well personally and, whether it’s a pandemic or a local economic crisis, we try to help them through the storms.” About 10% of Kinetec’s expenses budget goes on physical events, which, prior to the pandemic, Carrasco would attend once a quarter. With 90% of the company’s turnover coming from outside France, this was essential to maintaining relationships with existing customers and acquiring new ones.

“At almost every single exhibition we’ve attended, we have met customers we’ve never heard of that have come to our stand and realised we could help them fill a tender. If you’re not physically there, you won’t get this.”

Proportion of Kinetec’s expenses budget spent on physical events, prior to the pandemic.

He says not being able to attend real-life exhibitions has made it harder to drum up new business over the past 12 months, as there’s no way to replicate the spontaneous meetings that happen at the company’s stand in a virtual setting. “At almost every single exhibition we’ve attended, we have met customers we’ve never heard of that have come to our stand and realised we could help them fill a tender. If you’re not physically there, you won’t get this kind of enquiry. And then there’s the natural feeling you have with a person. That’s never going to be replaced with a Zoom call. It’s never going to have the same impact,” he says.

The Kinetec team decided not to attend any virtual events over the past year for this reason. They also didn’t feel the investment – which at MEDICA, for example, is similar to the cost of attending the physical event – was worthwhile. Carrasco says customers of his who did decide to attend proved his point. “They didn’t find these contacts and live leads that we get when we attend exhibitions in person,” he says.

Christopher Boss, the show director of MedtecLIVE, said he got similar complaints from attendees after the first virtual version of their event in June–July 2020. The physical event takes place in Nuremberg and relies quite heavily on its location in Germany’s so called ‘Medical Valley’, which is home to wellknown research institutes, universities and SMEs, as well as international groups like Siemens Health.

It’s also within spitting distance of 50% of the medical companies in Germany, which are based in the south of the country. “Exhibitors were comparing the virtual show to the live show, which you just can’t do,” he says. “Interestingly though, after they’d attended other shows they came back and said ours was one of the best ones they’d attended. By then, they had others to compare it to.”

Boss nonetheless took the initial negative feedback to heart and says that the lessons he learnt from that first event, which was planned in only seven weeks, had a huge impact on what virtual MedtecLIVE Mark II looked like in April 2021. “The first version was basically presentation, presentation, presentation,” he admits. “Now it has an event character. We have a host – a moderator – who guides all the participants through the day, as well as a matchmaking programme.

“When you attend a virtual event, you need to be more active as an exhibitor. You can filter, you can select, you can directly contact other attendees on the platform, but only if you know all of these functions. The biggest lesson we learnt was that we need to train visitors and exhibitors on how to make the event successful for them, not just provide the platform.”

“Trade fairs have been the same for the past 40 to 50 years; the business model didn’t change. So, for us as an exhibition company, the coronavirus was a booster for digital transformation.”

All in all, MedtecLIVE 2021 took place across four streams for eight hours, three days in a row, with a focus on content and contacts. “We don’t rely on 3D models or avatars walking around,” Boss says. “This is something we don’t think is essential for our customers.”

They did have a go at replicating the spontaneous meetings Carrasco and his colleagues are missing so much by allowing participants to create separate ‘meeting rooms’ to discuss topics of their choice, but Boss is realistic about the fact that it was never going to be the same. “People are looking forward to meeting again personally, whether it’s business or private, none more than me,” he says. “I took over MedtecLIVE during the pandemic, so I know lots of people from the computer but I’ve not met many of them live.”

Nuremberg Messe, where MedtecLIVE is usually held, plans to resume physical events in the third quarter of 2021, but Boss is hesitant to call them ‘hybrid’ events. “It’s just a buzzword,” he says. “I prefer to describe them as live events with digital components.”

For him, it was about time to adjust. “Trade fairs have been the same for the past 40 to 50 years; the business model didn’t change. So, for us as an exhibition company, the coronavirus was a booster for digital transformation,” he says.

This will mean a wider target audience, as attendees who are only interested in one or two talks can access the event online, while speakers who may not have made the trip from the USA to Germany can still share their expertise via live streaming.

MEDICA, too, is planning for an on-site event in Dusseldorf in November 2021, by which time organisers say many people in Germany and other countries, especially in Europe, will have been vaccinated. Their plan is to expand their digital offerings and dovetail them with the on-site event.

Prior to the pandemic, MEDICA was already supplemented by an online portal, which provided current industry information, documented trends and allowed exhibitors to display their products and get in touch with their customers via the matchmaking function. The team is now developing this to include new online formats for communication, presentation and distribution of products, and working flat-out to make this content more attractive and user-friendly for attendees.

Carrasco will be the first through the door at Messe Dusseldorf. In fact, as he tells me over Zoom, I should measure his excitement about getting back on the road again by the speed with which he managed to get the first dose of the vaccine. He received it the day before we spoke. “My daughter didn’t want me to get it because she knows it means I will be away more,” he says. “But I miss my second home – Paris Charles de Gaulle Airport. I even miss jetlag. I miss seeing my customers face to face and I miss viewing the world as small. Now to me the other side of the world looks really far away again.”

While waiting for a return to in-person events, some conference organisers have begun providing attendees with guides to make the most of virtual environments. Here are some of BIOMEDigital’s key recommendations: 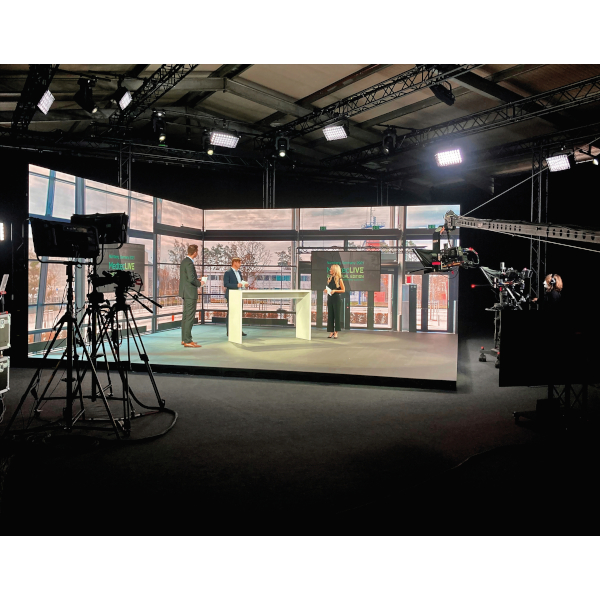 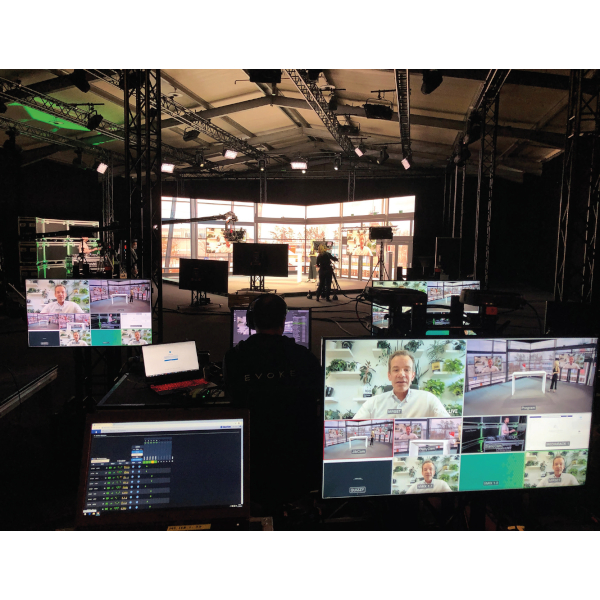 MedtecLIVE 2021 looked significantly different from the 2020 iteration. Though both were entirely virtual, this year organisers added an event moderator, matchmaking functions and ‘meeting rooms’.
Post to: