In the past, medical device OEMs turned to CMOs for outsourcing labour and manufacturing. Now, they are partnering in record numbers at the design and development stage too. Lars Hahn and other experts provide insights into why this is happening and how these partnerships can help drive technological innovation in med-tech.

In the era of US President Donald Trump, ‘uncertainty’ is a word we are likely to hear an increasing amount of in the medical device space. What will become of legislation to repeal the Affordable Care Act, the centrepiece of President Barack Obama’s policy legacy? Will the medical device tax, much loathed by the industry, be scrapped once and for all? And what about FDA – will fewer regulations there mean quicker approval times, or will a streamlined FDA actually end up creating chaos in the industry?

While nobody seems to know the answers to any of these questions – at least, not yet – for medical device companies, one thing remains constant: pressure. Whether it is stringent government regulations, hospitals with tighter budgets or shorter product life cycles, profit margins always seem to be squeezed from multiple directions.

According to recent research by the consulting firm Emergo Group, cost remains a top concern for the industry, with a third of executives interviewed citing pricing pressure as their key business challenge.

One of the most obvious manifestations of this pressure over the past few years has been the frenzy of mergers and acquisitions as medical device companies seek efficiency through consolidation and scale.

The curse of the OEM

2016 may not have been quite as remarkable as 2015 in terms of sheer volume, but the pace remained strong, with Abbott Laboratories’ completing the $25.0-billion purchase of St Jude Medical, Stryker finalising the $2.8-billion acquisition of Sage Products and Medtronic buying Heartware International for $1.1 billion.

Analysts say this trend is unlikely to disappear in 2017. While there may be some uncertainty around Trump’s presidency, interest rates are still low, global healthcare is growing and OEMs remain eager.

“We have been observing this trend in the markets with our competitors in the past years and continue to observe it,” Lars Hahn, head of international projects and sales at B Braun Group’s OEM and industrial business division, says. “The main drivers, from our perspective, have been overcapacities, cost competitiveness and the need for OEMs to reach a critical size in line with their strategies.”

Of all the areas where medical device companies face pressures and obstacles, bringing a product to market is arguably the toughest. Firstly, explained medical device industry expert Bill Betten in Medtech Pulse, there are financial constraints.

“In the past, it was commonplace for device makers to charge substantially more money for new products that only had minor improvements over the previous-generation product,” he said.

“That isn’t the case anymore: many hospitals are now hesitant to invest in new devices that are not demonstrably better than established technologies. Another complication is that it is difficult to develop a brand-new type of medical device because of the potential difficulty of winning reimbursement from government payers and insurance companies. Yet another consideration is that medical device start-ups play a vital role in developing novel medical technology. But such start-ups have been struggling over past decades to obtain venture capital funding for their projects.”

Regulation is another challenge. While shareholders, customers and industry competition require increasingly faster turnaround, products that are rushed to market can face problems with FDA or patients further down the line. Even at the best of times, those seeking approval face a regulatory maze, stalling product launches and pushing the whole process well over budget.

“While product development in itself is an expensive undertaking, it is especially so in a highly regulated environment such as the medical device industry,” said Betten. “Regulatory costs run in the tens of millions of dollars.

“Most technologies that are truly novel and groundbreaking must be approved via the premarket approval (PMA) process in the US. This pathway typically requires considerable clinical data. It can end up taking several years or more than a decade to get a device to the US market via the PMA programme. In 2014, it cost an average of $94 million to market a medical device under the PMA programme.”

In the past, OEMs turned to outsourcing for labour and manufacturing. Now, analysts and industry insiders say the financial and regulatory challenges of bringing products to market are forcing more and more OEMs to outsource at the design and development stage too.

While B Braun tends not to outsource – “we can typically rely on our own capabilities” – Hahn accepts that “most of our competitors do not have access to such a large network and therefore have implemented this approach to focus on their core competencies, and gain cost advantages and flexibility.”

According to a report from Secant Group, in 2014, product design and development was in fact the largest service segment in the medical contract-manufacturing market, “with revenue share valued at 28.6%”.

According to Christopher Ahlers, vice-president, integration and operations planning at the CMO Integer, on top of reducing cost and bringing new products and therapies to market faster, collaboration and co-development can help realise greater innovation in the industry.

“It is a way of providing an additional service to augment what an OEM customer may be generally capable of,” Ahlers explained in a previous interview with Medical Device Developments. “It allows them flexibility in how they apply resources and gives them a broader view of potential innovations. We expect to see continued evidence of collaborations like that.”

The expertise provided by the outsourcing partners helps reduce costs.

Even B Braun, which “does not rely on external development and design partners for our OEM industrial business,” according to Hahn, will reach out to contract manufacturers in “rare exceptions where highly specialised analytical technologies” are needed.

As digital transformation changes the medical device industry, this trend is likely to continue. “We use so many different types of technology – software-based technology, electronic technology – that no one medical device company can be an expert in all of them,” Medi-Vantage president Maria Shepherd told Medical Device Developments in 2016.

Her previous employer, Boston Scientific, for example, has an expertise area mostly in catheters and implantables.

“What would happen if they needed to create some sort of companion monitor for a product?” Shepherd asked. “Would that be a competency of theirs? Probably not. Of course, anyone can acquire that level of competency, but would it be cost-effective? If, for example, you need to have some sort of console or monitor to go along with one of your devices, you’d go to a company that specialises in manufacturing those things – that makes electronic monitors and other similar systems.”

In some cases, with truly disruptive technology, Shepherd said “no contract R&D company will have the competence to produce or manufacture the product”. In cases like this, OEMs will want to retain “close control over the product development” process rather than risk “turning it over to a contract manufacturing R&D company that may not have expertise in all of the nuances that you are trying so hard to be able to understand.”

Intellectual property can also be a concern in these new relationships. This was already true in manufacturing, where ambitious CMOs could simply take what they had learnt from manufacturing another company’s product and form its own brand. With design and co-development, the risks of compromising innovative trade secrets or failing to clearly define who owns IP is arguably more pronounced.

Steps to reduce risk can be taken, however. “Confidentiality can be protected through nondisclosure agreements,” says Robert Andrews, senior vice-president at vTv Therapeutics, in an article for Optimum-Tech.com.

“The anonymity of working with a third-party engineering firm may even provide stronger protection for a company’s proprietary position than would internal development,” he adds. “One of the main benefits of doing so is that this option makes it difficult to track down engineers who are responsible for a design that was outsourced. Anonymity reduces the threat of a takeover by competitors and a subsequent information leak.”

As well as trustworthiness and providing technical expertise that OEMs lack, the same basic ingredients are required for successful partnerships between OEMs, CMOs and product-development companies.

“They all have to have good-quality systems,” said Shepherd. “Strong documentation and regulatory systems all need to be built into the product they are providing to their partners, and they also need to have technical quality.”

“The biggest recommendation is to take your time,” said Tom Williams, senior vice-president of marketing and strategy at Millstone Medical Outsourcing in an article for Medical Device Outscoring magazine. “Build a relationship and understand how the CMO interacts with your organisation on multiple levels prior to making commitments. Visit their facilities and audit their processes, and talk to industry contacts about their experience.”

In the coming months and years, with the medical device excise tax suspended and likely to be permanently removed under Trump, design and development partnerships are likely to prove even more important in the industry.

According to a recent report by the Advanced Medical Technology Association, R&D investments hit a high point in 2016 in the wake of the temporary reprieve.

83% of those surveyed reported greater R&D funding, with an average increase of 19%. 75% of respondents also said further investments in R&D would be made if the tax were permanently removed.

“Medical device R&D is growing faster than ever,” said Jared Pack, product development engineer at EG-GILERO, in Medical Device Outscoring. “There is an ever-growing demand for higher quality and more cost-effective devices, and being able to provide these devices is a win-win for everyone involved.” 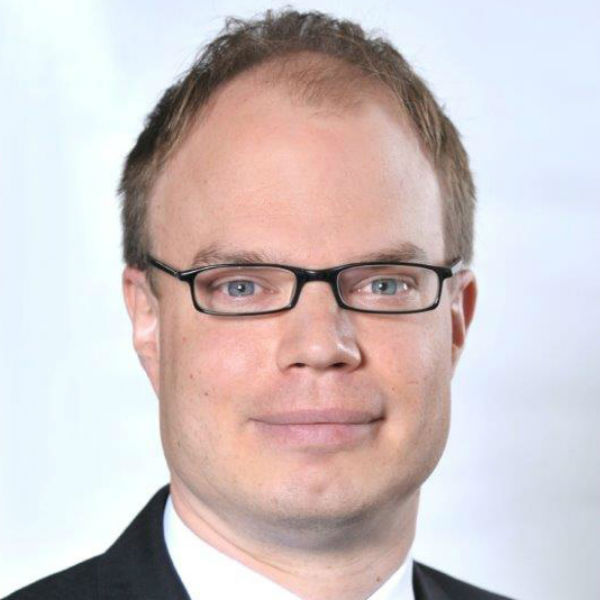 Lars Hahn joined B Braun in 2015, and currently heads sales and project management for its OEM/industrial business division at its headquarters in Melsungen, Germany. Hahn started his career as a consultant for the chemical industry. He holds a degree in chemistry and business studies. 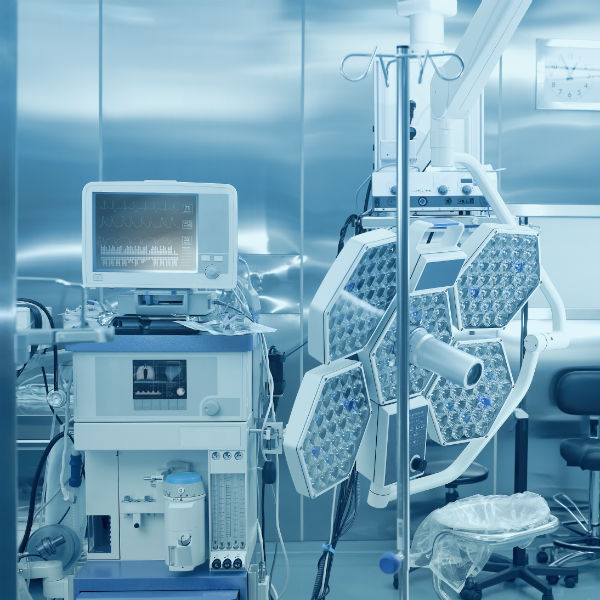