The shape of things to come – hyper-connected healthcare

The internet of everything will bring together old and new technology in a way that will ultimately benefit the entire medical industry. Zeljko Loncaric, marketing engineer at congatec, fleshes out the concept of hyper-connected healthcare.

The bottom line, financially speaking, is that the internet of everything (IoE) will equate to more than $14 trillion in the next decade, according to Cisco figures. The internet of things (IoT) is increasingly seen as a subset of the IoE, but it has to be said it is going to be difficult to demarcate it consistently. Suffice to say, within the IoE/IoT, there will exist another nominal subset that relates to medical devices, and these too will contribute to the overall value of the IoE.

This value - the bottom line - relates largely to the efficiency gained making full use of existing devices, as well as the benefits generated by new devices. The key word here is device; it is estimated that more than 99% of devices that could be connected are currently not. It is this huge untapped pool of existing devices that will provide much of the value and that will also make up a good part of the tens of billions of devices comprising the IoE by 2020.

Bringing connectivity to existing devices is intended to increase their value by removing inefficiency, either in the way they or their 'product' is used. But how does this apply to medical devices? What will connectivity bring to the medical market, how will it be administered and what, ultimately, will be the patient gain? If it isn't immediately obvious to the casual observer, it may be reassuring to learn that the prognosis from the technology sector is that it will be a very healthy market to address.

The preferred - or at least, predominant - attribute for devices that are a part of the IoE is being 'smart'; things are becoming smarter by gaining the ability to exchange data, which could be viewed as the ability to ask and answer questions.

Adding smartness to existing devices will require several aspects, including the capacity to gather, evaluate and communicate data. This has given rise to another new term: 'senstrollers', the combination of a sensor and a microcontroller to create a device capable of gathering data from its surroundings and making decisions based on specific parameters.

When combined with connectivity, it becomes clear that this capability is then extended to include data gathered from other senstrollers located anywhere. It is now possible to deploy an integrated circuit that features a sensor, a microcontroller and wireless connectivity that measures just 1mm on each side. It is this class of device that we may well see used in telemedicine in the near future.

The vast majority of the value mentioned earlier will undoubtedly come from the former; devices that are intended to allow processes to operate without the cost or risk of human intervention -- or at least minimise it as much as possible. The latter, the devices designed to augment human intervention, will be most applicable in the field of healthcare.

To illustrate this point, let's consider how the IoE will be delineated. It is expected by some, including Freescale Semiconductor and ARM, two companies at the forefront of microcontroller technology, that IoE devices will fall into two categories: those that are control-centric and those that are data-centric. Data-centric devices will be used to mine data, to spot trends and habits, or anticipate and pre-empt conditions such as traffic congestion.

Control-centric devices will employ something Freescale terms track, command, control and route (TCC&R). Patient monitoring would qualify for this kind of IoE application, where a patient may wear or even swallow a sensor that monitors their temperature, blood pressure or other vital health signs. This data could be streamed to a cloud-based application that assesses the patient's condition based on the data gathered and alerts a medical professional in the case of an emergency.

Semiconductor support for the IoE will be crucial; the level of embedded intelligence needed to realise the potential of billions of connected devices should not be underestimated. However, that demand will come with specific requirements that vendors are now addressing.

"The home healthcare market will be intrinsically linked to the IoE; sensors will pervade our homes, clothes and bodies in order to monitor a growing number of physical conditions."

A good example of how semiconductor vendors are targeting this emerging market comes in the form of the Quark processor family from Intel, which is intended for the IoT and sacrifices features such as graphics processing in favour of lower operating power, while preserving the x86 instruction set. In this regard, it faces competition from ARM-based devices, such as those being developed by Freescale Semiconductor, STMicroelectronics, Texas Instruments and others.

However, despite ARM's ubiquity among semiconductor vendors, Intel arguably has a more coherent IoT strategy, through the combination of its own processors and the relatively recent acquisition of embedded software specialist Wind River and internet security expert McAfee. Together, these products and services promise to deliver a convincing platform for OEMs developing IoE applications on turnkey hardware such as a computer-on-module (COM).

The conga-QA3 with Intel Atom processor, which is based on the Qseven module standard and certified for the Intel Gateway Solutions for the IoT, is a good example of how the combination of reliable hardware and a consistent software package forms a 'root of trust' for secure IoT application development. By bundling a baseboard that incorporates a trusted platform module chip, congatec helps ensure that applications can be operated with maximum data security.

Large semiconductor companies, as well as system level integrators, are now actively developing gateway solutions for the IoT. While gateways already exist in a connected infrastructure, their function in the IoE will differ; they will be required to interface to a wider range of new devices - senstrollers - that may be provided by different vendors choosing different protocols and offering different services.

This amalgamation of nodes will demand a gateway capable of handling multiple interfaces that may not be governed by traditional internet protocols but will nonetheless require a high quality of service.

It is in this emerging and evolving class of device, the intelligent sensor, where much of the value of the IoE in general, and new healthcare services in particular, will be realised. However, it shouldn't be overlooked that much of today's specialist medical equipment, such as X-ray equipment and MRI scanners, may already be networked. Allowing greater access to these life-critical devices will demand a greater level of security in an infrastructure that is inherently open - the internet.

With its unique demands on the semiconductor industry, the medical device market in the context of the IoE represents a massive opportunity in terms of its potential. It is well reported that as well as growing in number, we're also living longer. Advances in traditional medicines are largely responsible for an increasing population, but it will be tomorrow's healthcare technology that will be relied upon for longevity of life.

The home healthcare market will be intrinsically linked to the IoE; sensors will pervade our homes, clothes and bodies in order to monitor a growing number of physical conditions. While initially being used to monitor and control existing conditions more effectively, it is also likely that more of us will turn to preventative measures in order to prolong our good health. Already, there is a large market for keen athletes to monitor and record their progress when training; that same technology will likely extend to everyday activities so that our overall well-being can be measured.

Ultimately, and probably inevitably, this will mean these devices will form part of the data-centric strand of the IoE, but when they become fully integrated in our everyday lives, they will also be control-centric. Imagine arriving home to find your favourite dish has been prepared by your kitchen appliances because your body sensors have confirmed a lower-than-average intake of calories or an excess of steps walked that day. This may sound far-fetched, but it is well within our grasp and has irrefutable health benefits.

Beyond the body area network, we can expect more 'intimate' sensor nodes to become part of our normal routine. One day, the concept of bathroom scales may disappear from our lexicon; instead, we will rely on ingestible or implantable sensors to monitor our well-being. This data will have great value, not least to the insurance industry. Already, there are devices that can monitor driving habits, allowing insurers to offer lower premiums for good drivers. The same will likely be true for health insurance providers within a short time frame.

The IoE is a huge concept, but in terms of the infrastructure requirements, the medical sector is conceivably more complex. Privacy of data, access to patient records and control over medical equipment must all be tackled in order to realise its potential.

A lot of the technology needed to enable the IoE is well established. There are already millions of devices that are connected through the internet; however, that is still only a small percentage of the total number of devices already in service around the world.

Adding connectivity to everything is physically within our grasp; IPv6 supports enough capacity for every star in the known universe to have 4.8 trillion addresses. This inconceivably large number marks the first step towards ubiquitous connectivity, but there is a long way to go. New processors will be needed that perfectly match the wide-ranging requirements of the IoE, new sensor technology will be required to bridge the gap between our real world and the digital domain, and increased levels of security must be developed to protect against malicious and inadvertent network intrusion.

All of this remains to be done, but it will not end there. Once the IoE infrastructure is established, it will offer opportunity for new use cases, specifically within the medical market. The potential for innovation in healthcare devices is, as yet, untapped, but it promises huge benefits for patients and healthcare professionals, not to mention the entire medical industry.

The power of the IoE isn't necessarily in what we can imagine today but what we haven't even begun to explore. The rate of adoption for preventative medicine will inevitably be accelerated through financial incentives, but it is highly likely that the vast majority of people will see the benefits long before any monetary gain. Thanks to the IoE, we can all look forward to a longer and happier life. 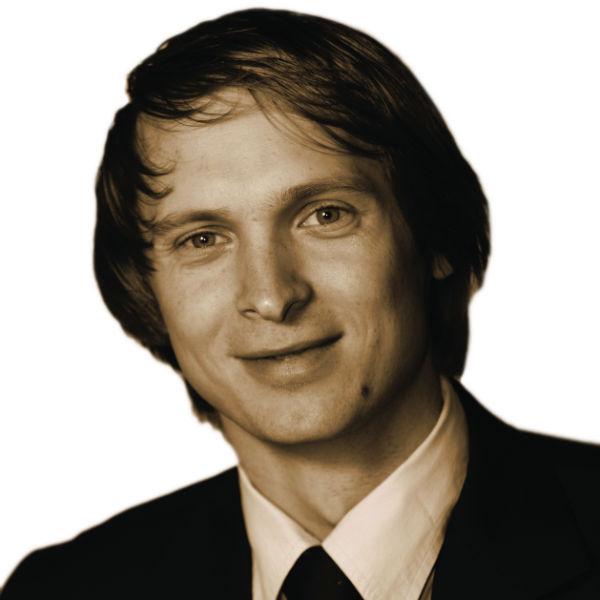 Zeljko Loncaric is marketing engineer at congatec in Deggendorf, Germany. Prior to joining in 2010, he held various positions with international companies in product management, marketing and sales marketing in Germany and Australia.
Post to: