Supercar manufacturer Lamborghini and the Houston Methodist Research Institute have combined their resources to investigate how carbon fibre composite materials can improve medical devices. Dr Alessandro Grattoni, associate professor of nanomedicine, speaks to Bradford Keen about how this robust material could lead to breakthroughs in prosthetic implants and subcutaneous devices, and aid the treatment of chronic conditions such as HIV and cancer.

As the 49th-ranked player in New Zealand, Alex Hunt is a far distance from the peak of professional tennis. At the age of 23, he only recently won his first Associated Tennis Professionals (ATP) ranking point at a competition in Guam in mid-2017, beating his opponent in the first round without dropping a game. He never went on to win the tournament. What makes Hunt’s story unique, however, is that he was born without a lower left arm.

The right-handed tennis player has learned to focus his power on an aggressive forehand, hammering back his opponents’ serves. To play a more complete game, he had to work hard on his own serve. Now, with the help of a carbon fibre prosthetic limb, he is making a name for himself. Not only is his bionic arm an unusual sight on the tennis court, but Hunt has also become the first player with a prosthetic limb to score an ATP ranking point.

The media has given high-profile sports coverage to the power of carbon fibre prosthetics. From tennis courts to athletics tracks and even long-distance endurance events, athletes have won praise from fans as they excelled with the help of these medical devices.

Now the horsepower of the race track is driving further development in carbon composite materials for medical applications. Italian sports car-maker Lamborghini has partnered with the Houston Methodist Research Institute (HMRI) to test carbon fibre composite use in nanomedicine. Research is under way to manufacture implantable prosthetics and subcutaneous devices aimed at improving controlled drug delivery.

Dr Alessandro Grattoni, associate professor of nanomedicine at HMRI, is part of the team collaborating with Lamborghini. “My focus has been on developing implantable devices for controlled drug delivery using nanotechnology,” Grattoni says. “In particular, using nanochannels and microfabricated membranes.”

His work will help regulate the delivery of therapies to treat conditions such as HIV and cancer, by delivering sustained or activated drug doses via an applied electrical field across a membrane. The aim of the partnership between HMRI and Lamborghini is to identify new materials that are lighter, better tolerated by human bodies and more resistant, over time, than those currently used in the medical field. Grattoni is tasked with testing whether the materials, which are already in use in Lamborghini’s vehicles, will be biocompatible with human bodies.

The global carbon fibre market is booming. It is set to reach $3.3 billion by 2021, according to a report from Zion Market Research. Part of that growth is down to the medical composites market, which includes carbon, ceramic and glass fibres. This is estimated to grow from $663.3 million in 2016 to $934.7 million in 2021, at a CAGR of 7.1%. The medical composites market includes multiple segments for development, including diagnostic imaging, composite body implants, surgical instruments, dental, microsphere and tissue engineering.

So when the team at HMRI met with delegates from Lamborghini, they agreed that they had shared interests in developing new materials for biomedical applications and began strategising to bring these to fruition. This isn’t a wholly foreign venture for the car manufacturer. Lamborghini has collaborated with medical teams in the past, driving development in occupational medicine, neurosurgery and orthopaedic science.

Of particular interest to Grattoni and his colleagues at HMRI is the fact that Lamborghini has developed a series of different carbon composite materials with shorter fibres embedded in an epoxy type of resin. These materials are used in the automotive industry and Lamborghini has developed them into products for the medical device market. These include different types of prosthetic systems, such as external fixators for orthopaedic applications.

However, the teams realised the mechanical and manufacturing properties of these materials give them far more diverse potential for applications in the biomedical field – such as implantable systems or tools for neurosurgery. Grattoni is tasked with investigating the biocompatibility of roughly 15 different types of materials and must examine whether they could pose any toxicity risks to patients.

“We need to test them in different kind of conditions, in particular subcultures, to try to understand whether they have a first level of toxicity,” Grattoni says. “We screen those materials that are biocompatible and test them in different animal models.” The goal is to use this carbon composite material in combination with nanotechnologies to develop new membranes for controlled drug delivery, as well as implants for drug delivery and long-term applications. The lightweight and compact carbon material is ideal for implantable systems that can contain a drug reservoir for scheduled delivery for chronic pathologies.

The significance of this technology is profound in the treatment of HIV. This is because a major issue in treating the illness is lack of adherence to drug regimens. This is the reason that there are still so many new cases of HIV infection, despite the efficacy of preventive treatment.

“Drug delivery systems would be implanted subcutaneously and would deliver HIV-preventive drugs constantly for an extended period of time.” Grattoni says. The systems would be refillable through transcutaneous needles. Patients would no longer need to practice a daily regimen of pill taking. Taking away the daily responsibility of maintaining a drug-taking schedule frees up those living with the condition to live life more fully. Add to that the sustained medical benefits of controlled drug delivery, and patients’ situations will surely improve.

Carbon composite materials could also yield positive developments in neurosurgery tools. Carbon is resistant to corrosion and fluctuations in temperature. It is also mouldable, yet remains stable and rigid, making it a valuable material for the medical field. Another helpful characteristic is its radio transparency, which improves patient tolerance of X-rays, as well as allowing surgeons to see through the devices during operating procedures.

Orthopaedic applications often require bulky fixators to hold together various pieces of badly fractured bones. It becomes imperative that fixators do not impede the X-ray, otherwise it would be difficult to determine if the bone is healing properly. Carbon materials alleviate this problem by being mechanically strong and robust, and also radio transparent, so as to not inhibit regular imaging techniques.

“The problem with this is the manufacturing becomes extremely expensive, time-consuming and very complex,” Grattoni says. The advantage of Lamborghini’s carbon fibre materials is that they are short and can be moulded without complex fabrication procedures. The process is similar to manufacturing plastic materials. “Moulding makes them extremely versatile, so you can really reduce the cost of fabricating these technologies,” he adds.

The new materials are easier to mould into different shapes and the thickness of the material can be reduced, which is important for biomedicine where patients require personalised prosthetic devices and drug delivery systems. They need to be simple to adjust to the body of particular patients or users. Despite the shortness of the fibres, they maintain the mechanical robustness usually found in longer fibres.

The shape of carbon composite materials can also be modified via applied electrical fields, and adjusted, bent and stretched. This presents a bounty of potential applications in the future. But for the moment, Grattoni says, the focus is on implantable systems that can be adjusted without mechanical action or activation.

While the focus of Grattoni’s work is on how carbon composites can improve nanomedical applications, developments in manufacturing the material will leave an impact outside his field. For conventional prosthetic devices, such as Alex Hunt’s arm, the composite materials will offer a more cost-effective way of creating robust structures and facilitate a better manufacturing process.

Grattoni believes there is also potential for 3D printing these materials. “The way I see it, there will be a major reduction in cost in fabricating devices,” he says, “Also, when talking about implanted systems, the biggest advantage will be in the context of forming them specifically to patient needs and the anatomy of the patient, which is key in many particular types of applications.”

Carbon fibre composite materials are expensive to manufacture. The partnership between Lamborghini and HMRI is an exciting start to make medical devices more costeffective and long-lasting. The power of these materials has already been seen on the tennis court and athletics track. Now is the time to explore the hidden space beneath the human skin, where developments wield great potential.

If they prove to be biocompatible, prosthetic implants and subcutaneous devices made from carbon composites could lead to significant breakthroughs in controlled drug delivery, greatly assisting those living with cancer or HIV. With Grattoni and the HMRI team hard at work, and Lamborghini revved up behind them, development might just come fast. 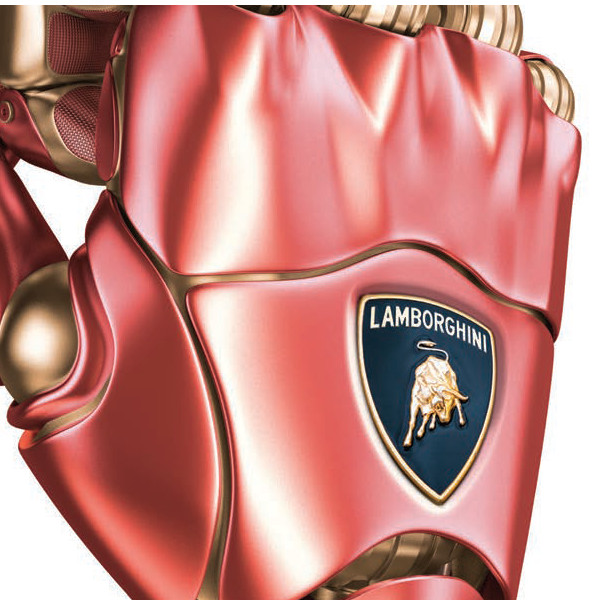 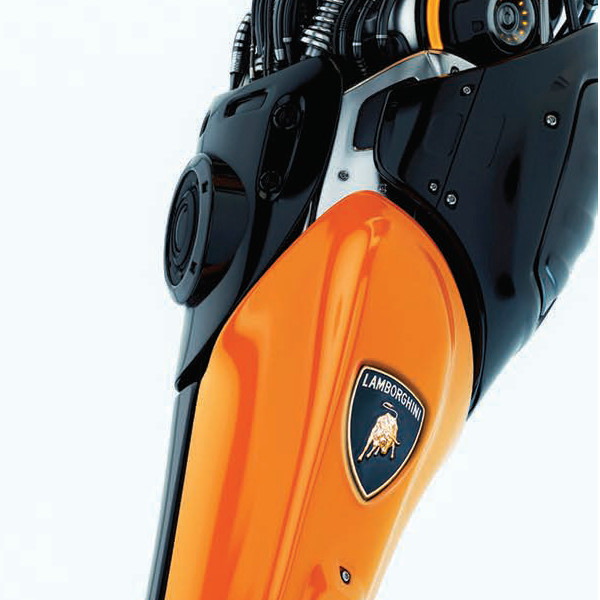 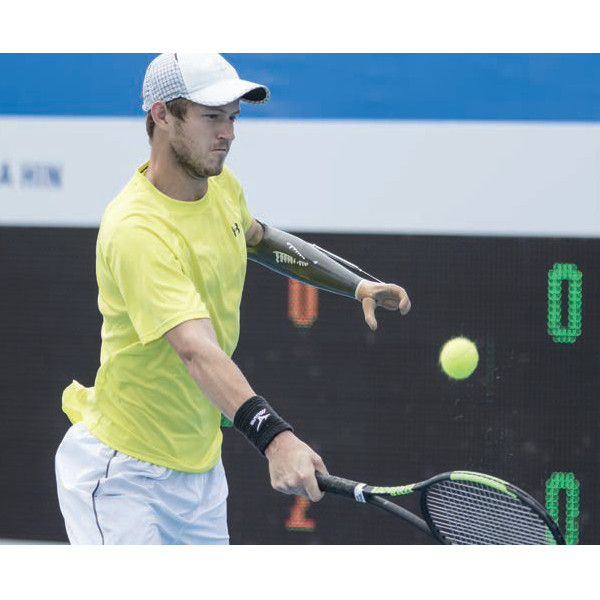 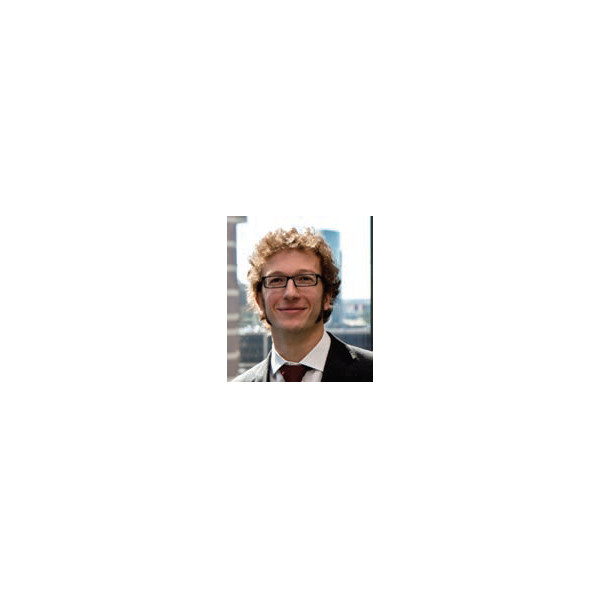