Printed circuit boards (PCBs) are complex and often fraught with challenges in the design stage and when the final product is in use. However, many of these issues can be avoided during the design and manufacture phase. A circuit board failure is not desirable for any device, but in those that are potentially supporting life they can be catastrophic. Emma Green considers the advantages and costs of different PCB technologies, including the application of wireless flexible printed circuit boards for developing wearable medical devices.

Printed circuit boards (PCBs) have evolved considerably since their invention, providing the ability to create smaller, more robust devices with a large range of applications, such as the real-time monitoring of the of the molecular constituents of sweat. The Austrian engineer Paul Eisler invented the circuit as part of a radio set while working in the UK in 1936. In 1943, the US began to use the technology on a large scale to make proximity fuses for use in the Second World War. After the war, in 1948, the US released it for commercial use. But it was not until the mid-1950s that printed circuits became commonplace in consumer electronics, after the auto-assembly process was developed by the US Army. At the same time, in the UK, similar work was carried out by engineer and consultant Geoffrey Dummer. However, due to reluctance to invest in manufacturing this technology in the UK, it developed more quickly in the US, where there was a willingness to take the financial gamble.

Originally, every electronic component had wire leads, and the PCB had holes drilled for each wire of each component. The component’s leads were then passed through the holes and soldered to the PCB trace, known as through-hole construction. In 1949, Moe Abramson and Stanislaus F Danko from the US Army Signal Corps developed the auto-assembly process, in which component leads were inserted into a copper foil interconnection pattern and dip soldering. The patent obtained in 1956 was assigned to the US Army.

Following the development of board lamination and etching techniques, this concept evolved into the standard PCB fabrication process used today. Soldering could be done automatically by passing the board over a ripple of molten solder in a wave-soldering machine. However, the wires and holes are uneconomical because of the cost of the drilling holes and due to the protruding wires being cut off.

Surface-mount technology emerged in the 1960s and gained momentum throughout the 1990s, largely replacing through-hole technology. Components were redesigned to have small metal tabs or end caps that could be soldered directly onto the PCB surface, instead of wire leads to pass through holes. Components became much smaller and component placement on either side of the board became more common than with throughhole mounting, allowing smaller PCB assemblies with higher circuit densities. Surface mounting lends itself to a high degree of automation, reducing labour costs and significantly increasing production rates.

Surface-mount components can be about a quarter to a tenth of the size and weight of through-hole components, and passive components are much cheaper. However, prices of semiconductor surface mount devices (SMDs) are determined largely by the chip itself, rather than the package, with little price advantage over larger packages. Some wire-ended components are actually significantly cheaper than SMD equivalents.

There are a number of advantages in using flexible circuit technology beyond the initial flex capabilities. These include dynamic flexing and increased heat dissipation, which allow engineers to design these circuits for applications where extreme temperatures and vibrations are common. Other benefits include reduced weight, increased package density and a more integrated design. In addition, flexible circuits often cost less than traditional assemblies because one flex assembly can replace several single circuits. They allow design engineers to use space three dimensionally, which reduces the overall footprint of the circuit and saves space.

Flat flexible circuits are able to fold into nearly any shape due to their flexibility and smaller size. Although small and lightweight, they are durable and able to handle high density.

A team of researchers from UCLA and Stanford University have used a wireless flexible printed circuit board (FPCB) to design a wearable device for glucose monitoring through the analysis of sweat. The system implements a wirelessly programmable iontophoresis capability to induce sweat with different excretion rate profiles and at periodic time intervals. Prior to the development of this device, sweat in sedentary individuals was inaccessible in sufficient volume for analysis. “Sweat is hugely amenable to wearable applications and a rich source of information,” says Ron Davis, a biochemistry and genetics professor at Stanford University.

This was integrated in a wearable sweat-analysis platform, which was able to induce sweat with various secretion profiles for real-time analysis.

The platform developed by researchers consists of electrode array, containing the sweat induction and sensing electrodes, integrated with a wireless FPCB. The independent functionality of the individual sensors and the iontophoresis process is preserved by electrically decoupling the switchable sweat-sensing and sweat-induction modes of operation.

The two-part system of flexible sensors and microprocessors sticks to the skin, stimulates the sweat glands and then detects the presence of different molecules and ions based upon their electrical signals. For example, more chloride in the sweat means a higher electrical voltage is generated at the sensor’s surface. The team used the wearable sweat sensor to detect chloride ion levels, which is particularly important for those with cystic fibrosis (CF). A wearable sweat sensor allows frequent monitoring to see how patients respond to a treatment.

Diagnosis and monitoring are not the only functions of the sensor. It could be used to inform drug development and drug personalisation. CF is caused by any of hundreds of different mutations in the CF gene, so it’s possible to use the sensor to determine which drugs work best for which mutations.

“CF drugs work on only a fraction of patients,” says Sam Emaminejad, assistant professor at the electrical and computer engineering department of UCLA. “Just imagine if you use the wearable sweat sensor with people in clinical drug investigations; we could get a much better insight into how their chloride ions go up and down in response to a drug.”

The research team measured glucose levels in sweat, which correspond to blood glucose levels. This makes the device potentially useful for monitoring prediabetes and diabetes. However, the technology could be used to measure other molecular constituents of sweat, such as sodium and potassium ions and lactate. The wearable device can be run with a smartphone, which can send measurements to a cloud and receive a result back after review at a specialised centre. CF diagnosis, as well as other kinds of diagnoses, could be done without needing a staff of skilled clinicians on duty and a well-equipped lab.

The device enables the establishment of a baseline of normal values and variability for each individual, an important part of personalised medicine.

“When we were testing the device, we noticed that people had different sweat profiles. That showed we needed to calibrate accordingly,” says Emaminejad. The team is now working on larger-scale studies to look for correlations between sweat-sensor readings and health. “In the longer term, we want to integrate it into a smartwatch format for broad population monitoring,” Emaminejad says.

Davis sees two major challenges with the wearable sweat sensor. One of these is reproducibility, the consistency of measures within the same person over time, as Davies puts it, “Under the same biological conditions, even with the same person, do you get the same number?” The second challenge is mapping the molecular constituents of sweat. “We’re kind of limited with what we can actually measure so far. We can measure chloride, for example, so we’re trying to figure out what we can use that for,” Davis says.

Despite these challenges, the use of FPCB offers considerable value in providing the ability to create small, robust devices able to monitor realtime patient data. With the ongoing development of microelectronics, the sophistication and variety of applications of this technology will continue to increase. 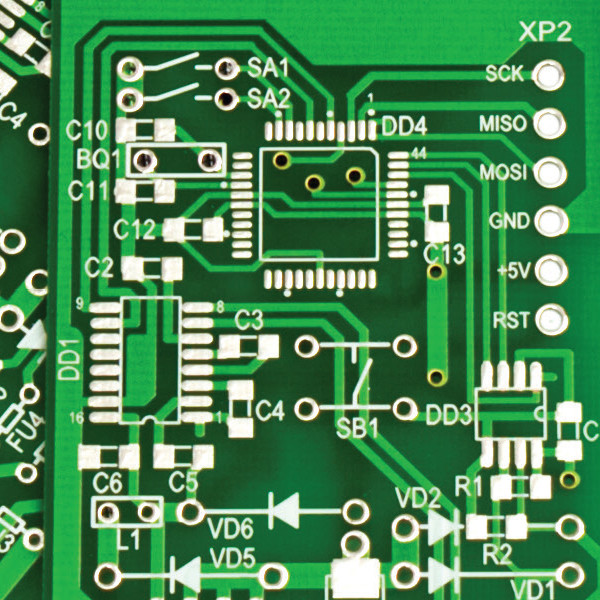 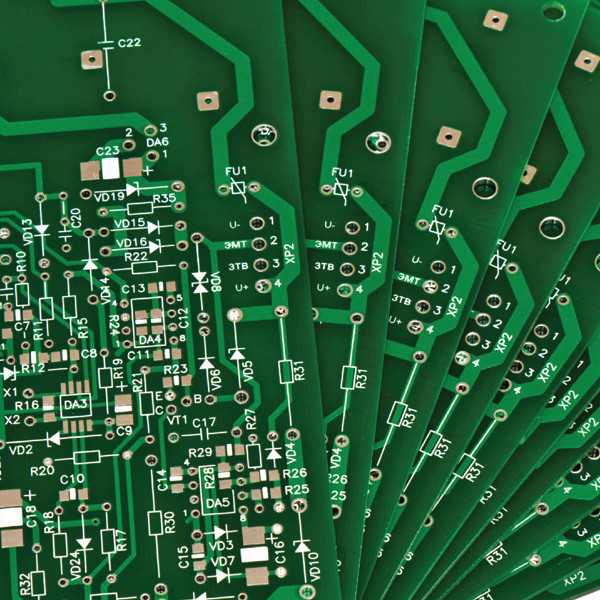