When choosing a motor, the need to balance multiple factors such as service life, cost, speed and temperature conditions, as well as the huge range of potential applications of the technology, can be a challenge. Emma Green speaks with Thomas Mayer from Sonceboz and Carl Bugeja, an embedded-software developer, about how to effectively navigate decisions about motors and the magnets that allow them to run.

At the heart of many pioneering medical devices are new designs of electric motor and motion-control systems. In pushing forward their design parameters, technology companies are continually seeking higher efficiency, more speed, and increased power from smaller, more robust and quieter equipment. It is therefore up to the designer and manufacturer to ensure that motors can meet these needs, regardless of the particular application and setting.

Central to motor technology, past and present, are magnets. The initial discovery of magnetism began with lodestones, which are very weak, naturally occurring magnets. Next came electromagnets, which are made of iron laminations with copper wire coils around them. Later, alnico and ferrite, also known as ceramic magnets, were incorporated. Since magnets were expensive and not particularly strong, motor designers tried to use iron to contain, direct and focus the magnetic flux within the motor.

Magnetic iron is relatively cheap as a bulk material. However, the machines needed to punch, stack, glue and grind these metal components are expensive. With the advent of more powerful magnets, it is now possible to make motors that don’t incorporate iron into the switched magnetic circuit. A large diameter motor has more volume available for magnets and coils, which allows the designer to choose between maximising torque or efficiency by reducing power density. This action allows the temperature to be more easily controlled, which is critical for a number of medical devices.

For Carl Bugeja, an embedded-software developer, the attraction of working with motors is the ability to use them for robotics. Although his work has not yet been applied in medical devices, it has huge potential for the industry.

After graduating from an electronics engineering degree from the University of Malta, he immediately began working on a drone start-up, co-founded with a fellow classmate, but soon ran into a challenge.

“We were trying to design a tennis-ball-size coaxial drone, but after some time we had to end the project because of funding issues,” he recalls.

Despite this unfortunate outcome, Bugeja was not put off by the experience and instead was keen to build upon it going forward.

“I learned a lot, especially from going through the design process of trying to miniaturise every piece of electronics that goes into tiny drones,” he says.

Companies are also pushing boundaries in the motor technology space. One such organisation is Sonceboz (SBZ), which has a strong track-record in developing innovative electric motors and mechatronic drive solutions. For Thomas Mayer, sales and application manager in the MedTech department at SBZ – and a former Boston Scientific employee – getting to the heart of the issue is key when developing a motor.

“When we are in a discussion with a particular customer, we ask what problem they have, where they want to use it and what is ruling out the selection of a standard motor,” he explains. “We focus on solving complex problems that you can’t fix with something off the shelf.”

Although some of the important factors, such as efficiency, speed and power, remain consistent when working to optimise motor technology, there is certainly not a one-size fits all when it comes to using them for medical devices. The solution implemented could vary immensely depending on the application.

“A motor that is used in a ventilator for respiratory care is a different story than the kind of device you use in dialysis or a lung machine,” acknowledges Mayer.

The MedTech department in SBZ caters to a wide range of medical device applications so Mayer is used to juggling shifting priorities depending on the context.

“In laboratory analysis equipment, you want to have precision, but also compactness and reproducibility so that you always get the same result with each motor,” he explains. “In haemodialysis, the most important thing is to have a low-noise motor, and because you have it close to the patient, you want to keep the heat emission as low as possible and you also need the ability to control the revolutions of the motor.”

Unlike SBZ and most other medical device manufacturers, efficiency and power are not the primary goals of Bugeja’s work.

“What I’m mostly interested in is designing motors that are cheap and easy to manufacture, which are still good enough to power tiny lightweight robots,” he says.

“Most healthcare systems and economies on a global scale are facing a challenge when it comes to cost-efficiency and those two factors combined lead to an increase in home-based care.”

One of Bugeja’s recent developments is a printed circuit board (PCB) motor with an axial flux motor that uses PCB traces for electromagnetic coils. Unlike conventional electric motors, which have copper wire windings, Bugeja’s designs put those windings on the PCB itself as traces. This allows for inexpensive integration of low-torque electric motors into a device without having to add an electric motor to the bill of materials.

Oftentimes, motors used in medical devices were not originally intended for this application. However, developments in the technology tend to offer benefits to a number of sectors, including med-tech. This cross-pollination serves as a key driver of progress within and between industries. Bugeja’s PCB motor, while not being developed specifically for medical devices, holds great promise in this area.

“This motor can be a simple solution for anything that requires low torque and high speed,” Bugeja explains.

Similarly, SBZ is currently focused on modifying existing motors that have been used for an alternate purpose. “Right now we are working on adapting automotive technology to be able to use in a wearable tracker device,” Mayer explains.

Although this technology is a highly promising area of development, the work at SBZ has not been without its difficulties.

“We had to modify the overall geometry somewhat and then also find ways of controlling the motor to squeeze out as much torque and power, while maintaining a high level of efficiency,” Mayer says.

The rise of home-based care

Another facilitator of innovation is the rise in patientcentric models of care, which has implications for a number of fields, including the pharmaceutical medical device industries. This approach aims to achieve a more precise picture of the disease by considering the specific circumstances of the patient. This information can then be used to design and administer an individualised treatment option that will produce better patient outcomes.

While the effect of this movement on medical devices may not be immediately obvious, it also entails a transformation of patient care from being based in hospitals and outpatient clinics to taking place within the home. In light of an ageing population, and the associated increase in chronic conditions, the application of the patient-centric approach is becoming more important than ever.

Mayer is acutely aware of the need to cater motors for devices that can be used outside of traditional care settings.

“Most healthcare systems and economies on a global scale are facing a challenge when it comes to costefficiency and those two factors combined lead to an increase in home-based care,” Mayer explains. “Putting more responsibility into the patient’s hand, taking medication in their home environment, is an area where we believe we can add value.”

Constantly improving motor technology is a key part of achieving sustained success both inside and outside the med-tech industry. The inherent challenge in the refinement process is what keeps Bugeja engaged and excited. Clearly a creative thinker, he is currently exploring other ideas based on his PCB technology.

“I recently tried to put the same electromagnetic PCB coils on flexible PCBs,” he explains. “I am now trying to integrate flexible PCB electromagnets into lightweight robots, to act as their legs and even fish fins.”

For SBZ, staying in its lane and maximising efforts within that space are key strategies to ensure longevity in the field. Although excited about the technology, Mayer is keen to emphasise that motors are only one aspect of the work at SBZ.

“We are not trying to compete with other motor manufacturers,” he says. “Our goal is to find a challenging application where we can add value by combining our motor technology with electronics and also gearboxes. I think that is an important part of our business success.”

Bugeja developed an axial flux motor that uses printed circuit board (PCB) traces for electromagnetic coils, an idea he came up with while trying to design a new quadcopter. From his previous experience in designing drones, he knew that the size of the motors would define how small the robot could be. Bugeja tried to minimise this by integrating the motor’s stator on the same PCB as the drone.

Although he was confident about using this approach on a large scale, he initially struggled with trying to miniaturise it to the same size as other micro brushless motors. However, he soon found a solution, by defining a maximum 16mm diameter limit and trying to fit as many windings as possible.

Despite the success of Bugeja’s original motor design, he recently tried to make the PCB motor smaller still by adding two extra layers, which enabled him to reduce the number of turns per layer and get it to 11mm. The total height of the motor is 3.6mm and its weight is just 0.5g. Currently, Bugeja is doing further testing on his PCB motor and designing more porotypes in order to further improve the torque. 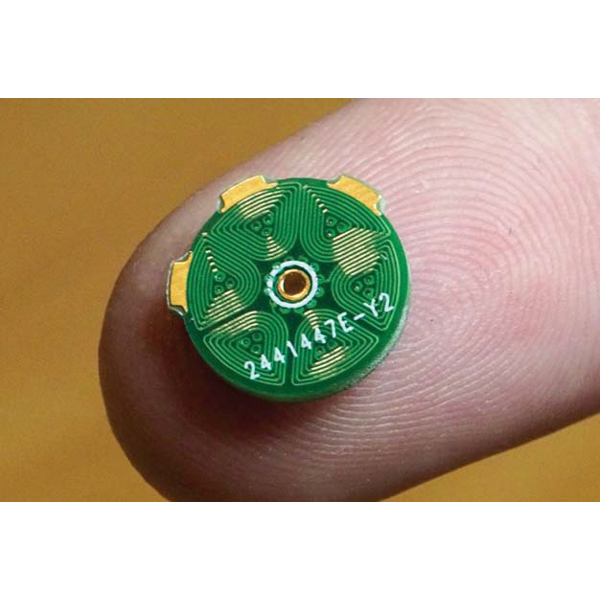 Bugeja has recently developed a PCB motor with an axial flux motor that uses PCB traces for electromagnetic coils. 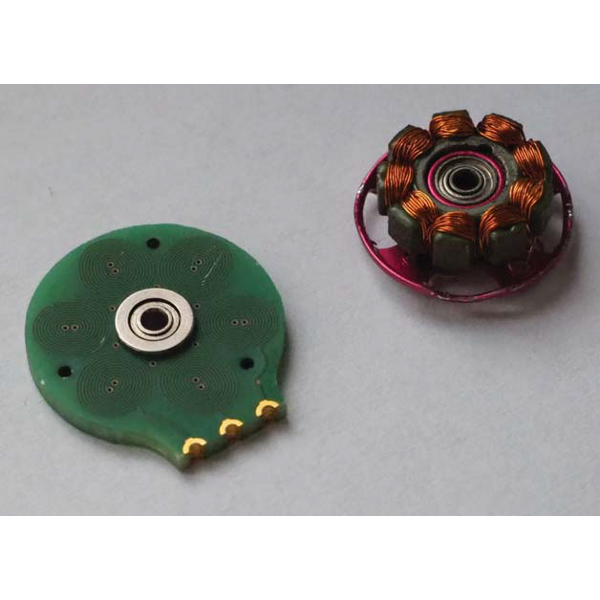 Unlike conventional electric motors, which have copper wire windings, Bugeja’s designs put those windings on the PCB itself as traces. 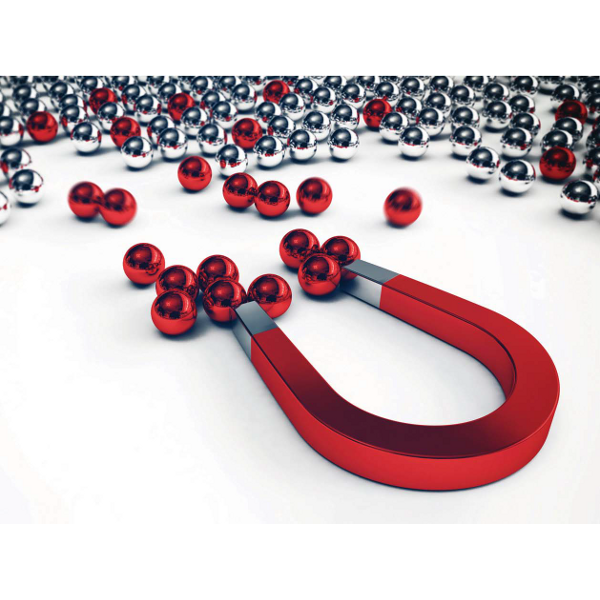 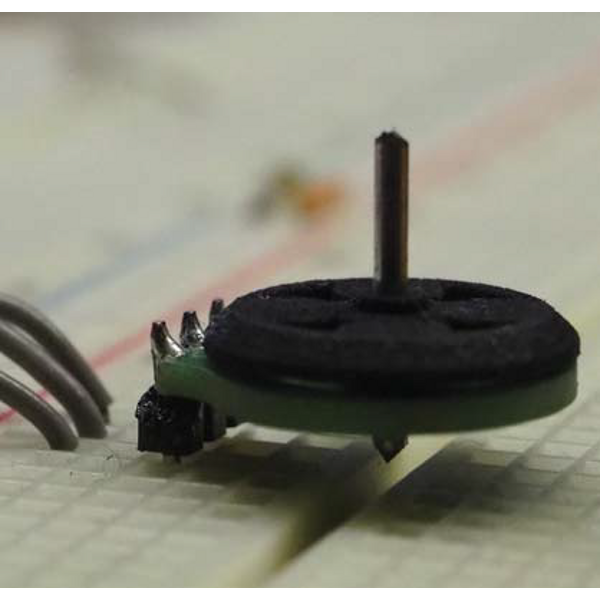