Miniscule robots that can seek out problem cells and provide targeted treatment inside a patient’s body could one day become the norm. As engineers at the University of Texas at Austin trial the world’s smallest, fastest and longest-running nanomotor, Dr Donglei (Emma) Fan speaks to Sarah Williams about a new ‘bottom-up’ approach to nanomechanics and what the development could spell for the future of medicine.

It has become something of a cliché to introduce new developments within medical nanorobotics with a reference to Richard Feynman's classic 1959 talk, 'There's Plenty of Room at the Bottom'. In this famed lecture, Feynman argues the case for smaller and smaller-scale engineering by physicists, and describes a suggestion by friend and mathematician Albert Hibbs that a patient should be able to "swallow the surgeon". Equally passé, by the same token, are allusions to Fantastic Voyage, the 1966 film in which tiny doctors sail a micrometre-sized (µm) submarine into the body of a wounded scientist in an attempt to save his life.

But if these references have indeed become overused of late, it is due in no small part to the accelerated pace at which scientists and engineers are propelling the technology forward.

The electric tweezer can be used not only to assemble the nanomotor from nanoentities, but also to operate it, allowing clockwise and anti-clockwise rotations at a controlled speed.

As breakthrough after breakthrough lends credence to the possibility that these 50-year-old visions will very soon become reality, we can't help but point to and celebrate the fact.

Of course, any tiny mechanical device able to navigate the human body must have a nanoscale power source. It's a requirement that a team at the University of Texas at Austin's Cockrell School of Engineering has recently satisfied, pushing fiction even closer to fact. Using a powerful and non-destructive new technique known as 'electric tweezers' developed by lead engineer Dr Donglei (Emma) Fan, the team created the smallest-ever synthetic rotary motor, able to spin much faster and for longer than any previous device of similar dimensions.

Five hundred times smaller than a grain of salt, the Cockrell School's nanomotor is less than a micrometre in size, minute enough to fit inside a human cell. While previous devices have rotated for up to a few minutes at a speed of between 14 and 500rpm, this new nanomotor can rotate at 18,000rpm (as fast as the motor in a jet aircraft). Much more durable than previous devices, the experimental products have also demonstrated an operation lifetime of more than 80 hours over 1.1 million straight cycles.

Fan, an assistant professor in mechanical engineering at the university, explains how the huge progress the team made was the result of a completely new approach to the task at hand.

"Traditionally, people have been using advanced instruments such as electron-beam lithography and deep UV photolithography to 'sculpt' nanomechanical devices in the so-called 'top-down' approach," Fan says. "But it's very difficult to make them truly small with this method. Many different components need to be integrated precisely and some need to be able to move relative to other components with high controllability. So you can make miniaturised mechanical devices millimetres or hundreds of micrometres in size with the best available instrumentations, but it is not easy to make the devices even smaller than that, to just a few micrometres or to real nanometre scales.

"So instead of using the traditional method we thought of a different one, a 'bottom-up' approach, using nanoscale particles as a building block of the nanomechanical devices. We invented a technique to precisely assemble those nanoscale particles into nanomechanical devices. This 'electric-tweezer' technique can easily manipulate nanoscale entities with very high efficiency and precision. It can move nanoparticles in the x and y directions, with a precision of 300nm, and the speed is close to 100µm a second, which is very high for a nanoscale object, if you consider that it is moving ten times its body length every second."

Using combined AC and DC electric fields, the electric tweezer can be used not only to assemble the nanomotor from nanoentities, but also to operate it, allowing clockwise and anti-clockwise rotations at a controlled speed. And while 18,000rpm was the maximum recorded, Fan believes higher speeds may yet be possible.

"We didn't see any factors to hinder it going faster," she says. "Our device only used about 17V and we didn't go above that because of the limitation of our camera. We used a high-speed, charge-coupled device (CCD) camera to capture the motion, but because it is only 1,200 frames a second, it was difficult to accurately evaluate the speed of the rotation beyond 18,000rpm. So in principal we can rotate at even higher speeds."

Fan's hope is that the nanomotor can now help to create those same 'dream technologies' that Feynman and Fantastic Voyage evoke: nanorobotic devices searching out the source of illness or inflammation inside a human body, performing surgery from the inside and cutting away bad cells.

"Our research brings this technology closer to reality, because a very central part of this compact kind of device is the powering component, so that you can drive the nanorobot to anywhere you want and then it can exert forces with the help of the motors," she explains. "And if you want to pick out a small sample of tissue for evaluation, the nanorobot can do that simply by reaching out. These are all nanomechanical functions that could be driven by nanomotors.

"The motor we've created could definitely provide the powering component because it rotates at such a high speed and with great control in different directions. So this technology lets us feel we are much closer to the dream."

Fan also sees the potential for nanomotors to help in the field of microfluidics, performing mixing and pumping actions in the creation of drugs.

As well as the potential to form a key part of more complex devices in the future, the nanomotor also demonstrated its ability to perform tasks in its own right. After coating the motor's surface with biochemicals, the team rotated it and found that the faster it spun, the faster it released the drugs.

"There is a growing interest in the idea of using nanoparticles as a carrier of molecules or drugs, where you would guide the nanoparticles to a suitable position and then let the drugs release," Fan says. "However, most previous research has only trialled drug release in a 'passive' fashion, in that the molecules just release from the nanoparticles because of the concentration gradient, but with no active way of controlling it. By contrast, our nanomotor can be used to actively control the release because it can rotate at different speeds, and the molecules attached to it release the drugs at different speeds."

In preliminary studies, the researchers found that the nanomotors were able to work in a biological environment, but Fan now hopes to carry out further trials to test the rotation-controlled biomedical release in this setting. In the first instance, this would be by means of in-vitro tests, studying how drugs can be delivered to captured cells. Should this prove successful, Fan then hopes to collaborate with medical professionals to develop the manipulation techniques further in an in-vivo setting, first in animal models and finally within humans in clinical trials.

Another area of research Fan has identified would be to combine different components, to improve the functionality of the nanomotors.

"We want to attach a sensor to the rotating nanomotors, so that it also rotates," she says. "If the sensor is 'robotised' in this way, rather than being static, it has more chance of detecting the molecules that we are looking for. For example, if there are cancer markers that have a very low concentration and are floating randomly inside the liquid, the sensor will have a much higher chance of capturing these than one that doesn't move."

A further idea would involve coupling nanomotors with advanced medical equipment, to create multifunctional biomedical technology. For example, nanomotors could be joined on to the tip of an endoscope so that while a doctor inspects the patient's organs, the nanomotor simultaneously carries out specific functions. Fan also sees the potential for nanomotors to help in the field of microfluidics, performing mixing and pumping actions in drug formulation.

As Fan and her team continue their work on their electric-tweezer nanomotors, other researchers around the world are busy trialling other approaches too. In February, scientists at Penn State University became the first to test synthetic nanomotors (propelled by ultrasonic waves and steered magnetically) inside live human cells, and reported that the live cells displayed never-before-seen internal mechanical responses as the nanomotors moved around inside them.

In a separate project, Dr Ido Bachelet of Israel's Bar-Ilan University is this year overseeing a trial of nanobots made of DNA in a human patient with leukaemia. He previously announced that the nanobots can detect and eliminate 12 kinds of tumour.

As these multifaceted nanoscale developments continue, it's clear that 'plenty of room at the bottom' also means plenty of room for manoeuvre. For Fan, her team's successes so far and the work they intend to carry out next represent an opportunity to make a real difference in the medical world.

"I hope that the principal demonstrated in our nanomotors can inspire the creation of all kinds of medical devices," she says. "This project is very exciting, because we've demonstrated that nanomaterials can be extremely beneficial. By working in this field, I hope to make a great impact to people's lives." 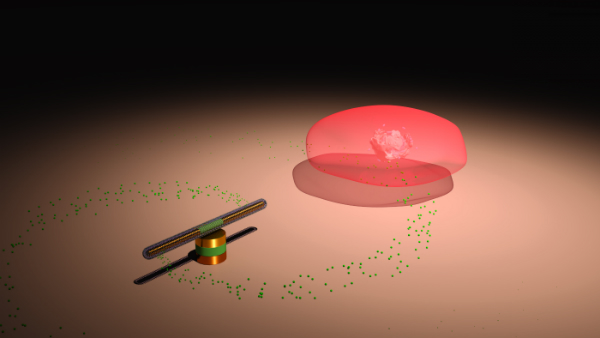 The faster the nanomotor rotates, the faster biochemicals are released... 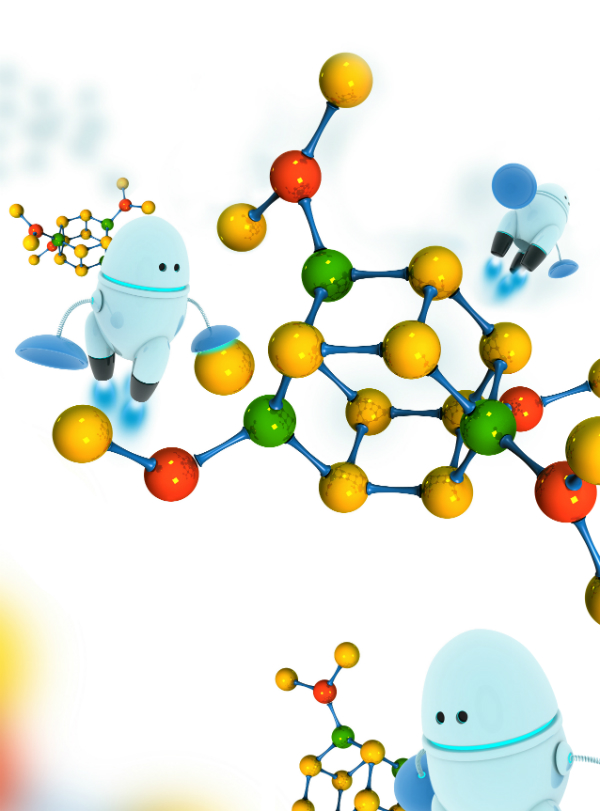 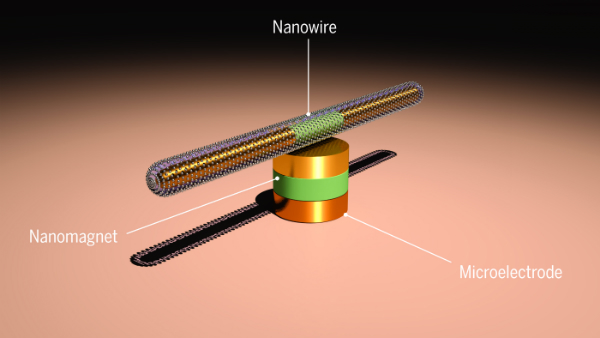 Fan and her team employed a technique...
Post to: