High maintenance – the importance of TPM

Total productive maintenance, an often overlooked part of the lean toolkit, is being applied not just to devices on the factory floor but also in a clinical setting. Medical Device Developments finds out more.

In 1990, a book called The Machine That Changed the World was published. Written by MIT professor James Womack along with co-authors Daniel Jones and Daniel Roos, it introduced a new term into the vernacular which, incidentally, also changed the world in its own small way.

The book was the product of a five-year study by MIT into the future of the automobile and the new term was ‘lean production’, which the authors used to describe the manufacturing processes of Japanese car builder Toyota. At the time, Toyota was the most efficient, high-quality mass car manufacturer in the world due to the Toyota Production System (TPS), a combination of equipment and management philosophy geared entirely towards cutting waste.

The system has two main pillars: ‘just-in-time’, meaning to make only what is needed, when it is needed, and without taking up more space than necessary; and ‘jidoka’, which roughly translates as ‘automation with a human touch’.

“People who participate in the system learn to identify expenditures of material, effort and time that do not generate value for customers,” read Toyota’s 1992 TPS guide. “Lasting gains in productivity and quality are possible whenever and wherever management and employees are united in a commitment to positive change.”

A quarter of a century down the line, many of the subconcepts of lean management are embedded in the day-to-day running of production lines across countless industries and companies, the medical devices business being no exception. Concepts like just-in-time and lean six-sigma are well understood by manufacturers, and have only become more valuable as the need to cut costs has grown. However, there are other aspects of lean that have only recently started to gain traction in the medical industry, total productive maintenance (TPM) being one.

TPM is based around the idea of everyone in an organisation – from factory floor to boardroom – being focused on equipment maintenance and improvement. At the heart of this is equipment operators gaining a sense of ownership over their machines, learning to identify when something might be about to go wrong and intervening before it does. The emphasis is on preventative maintenance, not just waiting for something to fall apart and then bringing in the technicians.

“The focus must be that nowhere in the world can another company have the same asset and make it produce more than your company can produce,” explains Terry Wireman in his book Total Productive Maintenance. “If it does then it’s better at managing its asset than your company.”

Ray Ardahji is senior director of production engineering, continuous improvement and operational expenditure at Leggett & Platt, a Kentucky-based manufacturer, and was previously a senior process engineering executive at Zimmer Biomet, a medical device specialist. He has taken a special interest in TPM, publishing an eye-opening case study in December 2016 that the medical device business can learn from.

In it, he uses the images of Smokey Bear and Yogi Bear, the first being a reactive model, the second preventative. While the two seem like variations on a theme, Ardahji sees them as very different, even suggesting that moving from one to another is the equivalent of a paradigm shift. It means a shift from ‘I operate, you fix; I fix, you design; I design, you operate’ to ‘we are all responsible for our equipment’, he says.

“TPM is the most challenging module of lean manufacturing implementation and is a pre-condition for the three elements of lean manufacturing based on a continuous flow: Takt time [time between the start of production of one unit and the next], standard work and pull system,” Ardahji explains. “Most companies disregard the importance of machine reliability, thus assuming it is sufficient, which can lead to big trouble ahead. TPM requires a paradigm shift: it is a change to a new game or, rather, a game changer, a new set of rules.”

Fundamentally, according to Ardahji, the aim of TPM is to eliminate the seven types of machine failure that make a vast majority of all instances: losses due to breakdown or equipment failure; shutdown losses during setup, changeovers or adjustments; losses due to the need to adjust tooling; losses due to idling; reductions in output due to a machine operating slower than it should; losses due to defects and reworks; and losses incurred between the production start-up phase and stable production.

Fortunately, like the machines themselves, the process of eliminating these defects can be broken down into seven clear autonomous-maintenance (AM) components, many of them mundane but all vital in nature. The aim of these steps is to bring each machine back to its original condition and then make sure it stays that way.

Step 1 is an initial clean of the machines, which often unveils minor (or sometimes major) defects that had remained hidden. This leads nicely on to Step 2, eliminating sources of contamination and inaccessible areas; for example, lubricant covered in dust can create a barrier between the machine and the atmosphere, leading to a rise in internal temperature.

Then you create a checklist for cleaning and lubrication and marry it with the human element, explaining to the technicians, operators and those above them what needs to be done. This training is developed further in Step 4, where employees are introduced to a general inspection itinerary that should help give all a better understanding of the principles that underpin the machine’s operation and the system that it operates within.

TPM is based around the idea of everyone in an organisation – from factory floor to boardroom – being focused on equipment maintenance and improvement.

Step 5 is to emphasise to employees the effect that a machine’s condition can have on the final product, and to collect data to try and figure out what constitutes optimal operating conditions. Steps 6 and 7 introduce regular audits and continued efforts to maintain and improve the seven-step cycle.

Ardahji is able to point to some notable success stories. One company referred to only as Company X opted in November 2007 to carry out a standardised plant-wide lubrication programme and fully trained 56 employees in the principles of TPM, with 27 of those participating in at least one of the six rounds of the seven-step AM cycle to have taken place in the years since. The effects have been strikingly positive.

“We’ve invested 1,480 man-hours in AM activities, and to some extent that has taken a leap of faith that the benefits would justify the investment,” Ardahji says. “From our preliminary results, we believe that the overall equipment effectiveness (OEE) ratios for the subject AM machine centres have increased to 77% on average. Putting that in perspective, these six machine centres employ approximately seven people on each of two shifts. A 10% increase in OEE will yield an annual throughput increase potential of approximately 2,800 man-hours.”

Bringing TPM into the hospital

The principles of TPM don’t just apply in the factory, but can also be hugely beneficial in the performance of medical devices in the clinical environment. The Kadlec Regional Medical Center in Washington, the US, has been engaged in lean implementation for around three years, with TPM at the centre of its approach.

Staff realised that there were small mechanical and procedural stumbling blocks that accumulated to become a headache for clinicians, technicians and the patients themselves. For example, if a machine was broken, the procedure was to attach to it a ‘Broken’ sticky note, which was liable to fall off. Replacement components were often broken or clinicians did not know how to replace them, and webs of floor-based cords were asking to be tripped over. Even if a device was operational, it often wasn’t located in the optimum place, another small piece of fat waiting to be removed.

Under the leadership of chairman and medical director of anaesthesia Dheeraj Ahuja, the hospital looked closely at its approach to critical equipment and planned a week-long TPM implementation event that would bring together representatives of clinical engineering, nursing, anaesthesiology and medicine. The aim was to help everyone understand the importance of equipment maintenance and to become more responsive and less reactive in their approach to it.

“Our anaesthesia department started taking a deeper dive into [TPM] opportunities, brainstorming what we can do,” Ahuja says. “We started to notice small things like electrical cables or whether a machine has been checked for safety. Why does expensive equipment get damaged and how do we improve the maintenance part of our routine? How do we communicate these things to care givers? These concepts are very important to understand. I would argue strongly that they are not being applied at the level they should be [in US healthcare generally].”

Initially, it proved difficult to get clinical staff to understand the relevance of AM, the divide between the medics and technicians having become so defined. To bring them around, Ahuja’s team drew comparisons with a machine they could understand: the human body.

Ideas like AM, simple measures carried out by the machine operator, were likened to having a balanced diet, stress management and frequent exercise, with things like visiting the dentist for a semi-annual check-up coming under the banner of scheduled maintenance. Through such comparisons, it wasn’t difficult to explain that prevention is better than a cure.

“Whenever you try to bring about a big change, the key is to engage as many people as you can,” Ahuja says. “You want to try and make them true believers, as I became. Several of my colleagues went to some of the [lean] training courses and everyone, even if they were very sceptical going in, was very positive when they came out. They really started speaking the language of what this is all about.”

The need for TPM in the clinical environment will only grow as the economic climate becomes more restrictive. At the same time, it shouldn’t be driven purely by cost and efficiency. Particularly in the US, the distinction between patient and customer is blurred and will become increasingly so. An effective TPM strategy makes procedures that bit quicker, virtually eradicates the chances of machinery malfunctioning on the job, and results in much happier patients at the end of it. 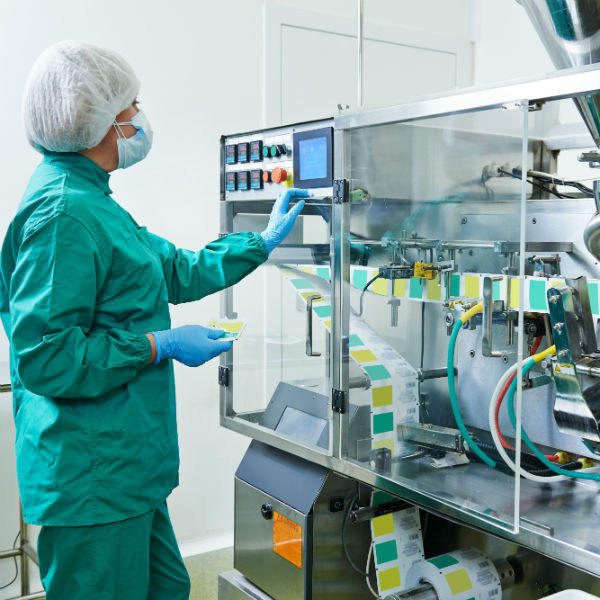 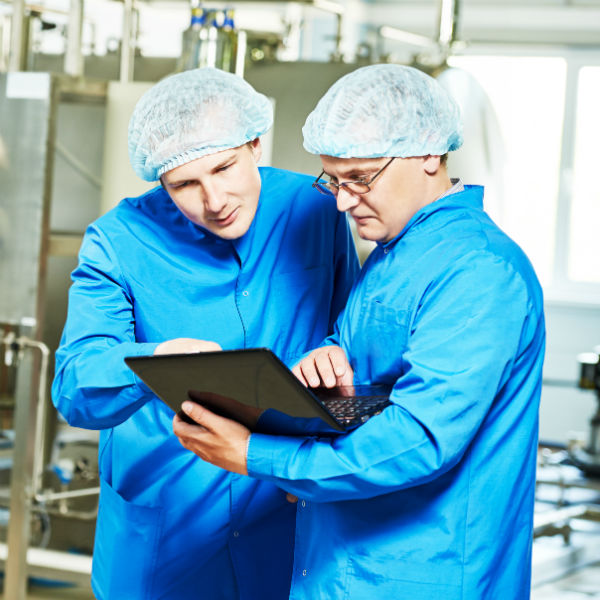 The principles of TPM are transferrable to the clinical environment, where they can ensure optimal performance of medical devices.
Post to: