Grippers are one of the unsung heroes of the modern factory floor. We speak to robotics expert Professor Sanja Dogramadzi from the University of West England to find out how new technology in grippers is changing the medical field.

It’s all about those end effectors. That’s the official name for a robotic arm’s gripper component, which gives the machine the dexterity that has made it one of the most widely used pieces of machinery in high-tech manufacturing and made it a mainstay for medical devices.

The end effector is designed to interact with the environment. While the exact nature of this device depends on the robot’s application, the effector usually refers to the last link of the robot arm. It’s essentially the fingers – or, more precisely, like a knuckle joint of the robot’s gripper. Mechanical grippers can be made up of two, three or even five fingers. The end effectors can be used as tools that serve various purposes, such as spot welding in an assembly. They can also be used in situations where working conditions are dangerous for humans. Surgical robots have end effectors that are specifically manufactured for medical purposes.

It’s at this endpoint that tools are attached to the device, allowing it to do its task in a factory. In a wider sense, an end effector can be seen, on a design level, as the part of a robot that interacts with the work environment. It must be most rigidly controlled, and kept safe from any external interference or damage. And humans, who may or may not be operating the machine, must be kept safe from it.

While the science of building end effectors has advanced rapidly over the past decade, the basic premise of what an end effector does is moving more slowly. Effectors usually consist of a gripper or a tool. The most comprehensive guide to their uses has been compiled by Austrian-based academic Gareth Monkman, who is a professor of robotics and automation at the faculty of electrical engineering and information technology at the University of Applied Sciences in Regensburg. He’s the man who literally wrote the book on the subject – Robotic Grippers, the most-cited academic work on grippers.

Monkman says that there are four general categories of robot grippers. These are:

Robotic grippers are based on different physical effects that are used to guarantee a stable grasp between the gripper and an object. Industrial grippers can be mechanical, which are the most used in industry, according to Monkman’s research. But these days, they are often based on suction or on magnetic force. This type of gripper has become more common as technology has improved in the field. Vacuum cups and electromagnets dominate the automotive field and metal sheet handling, in particular.

These factors are important when it comes to deciding which types of robotics and end effectors to use in a manufacturing scheme. However, they are just one part of the rapidly developing world of effectors. Mechanical engineers have recently made great strides in the technology involved in effectors and how they work. This could have huge repercussions for usability in medical device manufacturing.

While the surgical and industrial fields of medical device development are often worlds apart, there is one common theme running through the market when it comes to grippers. And that is the need for softness.

The grippers must be as versatile as possible; there is no longer space for robotic grippers that are only capable of one task.

Soft grippers are the latest trend in the industry. Professor Sanja Dogramadzi specialises in mechanical engineering at the University of the West of England and conducts research at the Bristol Robotics Laboratory. As part of the ongoing work to decipher grippers and what their complicated requirements for use in the workplace are, the laboratory is developing a range of new techniques for those who use grippers.

One of the main requirements is softness, or a lightness of touch. Manufacturers in the surgical and industrial fields want devices that can register their own force, and adapt their grip energy so as not to harm or tarnish a product – or a person. “Robots are in the same environment as humans,” Dogramadzi explains. “So what we have is the need to be in control.” She gives the example of robotic grippers and suckers that may be used in complicated surgical procedures.

“Surgeons require very soft grippers so as not to harm the tissue during an operation, such as suturing,” she says, “They would rather have something soft, so as not to exert any undue pressure on the patient.”

Imagine every sci-fi film or TV show you’ve ever watched: often, you’ll see the hero trapped in the unyielding mechanical grip of a cyborg or android. Researchers like Dogramadzi are currently looking for a way they can get this grip under control. Anything made of metal is going to be stronger than anything made of flesh and bone, so scientists are keen to give the grippers a way of controlling their own force at a higher level.

At the moment, robotic grippers are used in medical or surgical settings, and in industrial factories, but soon Dogramadzi and her colleagues hope to expand them further; to soft rippers, or “moving on from metals”, as Dogramadzi puts it. They want to see robotics in hospitals, and the homes of patients with mobility problems, doing everyday tasks that require super-sensitive reflexes and force control. This means the grippers are now being adapted away from drills and wires into a look and feel that is more compatible to the needs of the elderly and infirm.

Away from the medical and domestic fields, grippers are still being modified and, to some extent, prettified. Industrial grippers are used for a plethora of tasks where repetitive movement is needed on a large scale, but often at a fairly simplistic level.

New developments in technology could improve this by creating a universal gripper. As Dogramadzi explains it, this gripper would be “reconfigurable” to any number of different uses in an industrial setting.

“The grippers need to be compliant, like human fingers,” she says. One way scientists intend to construct these new universal grippers is to embrace more anthropomorphic design. Instead of just behaving more like fingers, they will resemble them more closely as well.

Robots are in the same environment as humans. So what we have is the need to be in control.

This is part of the drive for the grippers to be as versatile as possible; there is no longer space for robotic grippers that are only capable of one task. Now, they need to be easily adaptable to a variety of tasks, whether they are on the factory floor or in medical settings. Dogramadzi’s own research sees her trying to find the perfect fit of softness and new materials, combined with dexterity, to create an in-home tool for elderly and less-mobile patients.

Kinematics of the future

Back in the factory, the desire for an end effector with universal gripping and more movement control has led to more care being taken in the field of kinematics.

This is the science of what actually drives robot’s movements, and therefore the end effector. Kinematics is the branch of mechanics concerned with the motion of objects without reference to the forces that cause the motion. It basically covers the features or properties of motion in an object.

This line of study, according to academic and writer Alex Owen-Hill, answers the question, “If I set the joints of a robot to a particular position, what will be the resultant pose of the end effector?” This field is known as forward kinematics. A related line of study is inverse kinematics, which covers the idea, “To what positions should I set the robot joints to move the end effector to a particular pose?”

It’s important to realise that as robotic devices become more complex, they will also become more dextrous. Robotic programmers name kinematics as one of their main concerns, according to Owen-Hill. “Each joint will add more complexity to the inverse kinematics and more possible solutions to choose from,” he explains.

So as robots and their end effectors become more complex, the requirements are twofold. Firstly, the end effectors are becoming softer and more ‘aware’ of their own ability to exert pressure and force. Secondly, they must be a universal tool, capable of complete autonomy of movement that will enable them to be efficient in a workspace, and go backward, forward, around and more.

We might be a while away from robots having emotions, but the robotic grippers of the future, like the Beatles, just wanna hold your hand. And their hands are becoming more and more like our own. 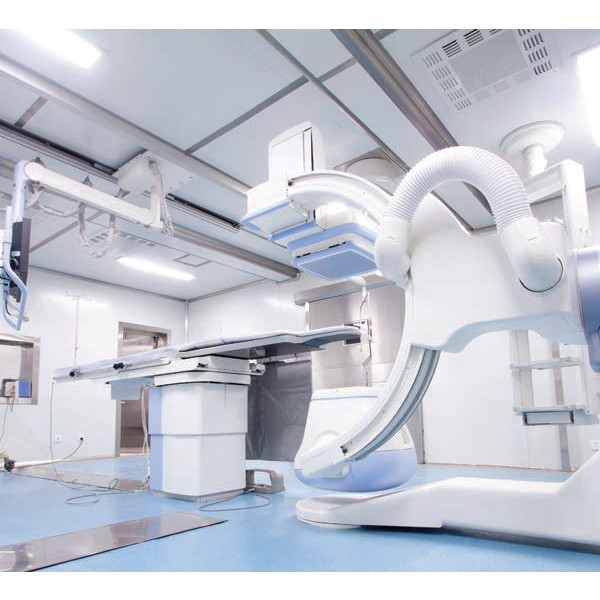 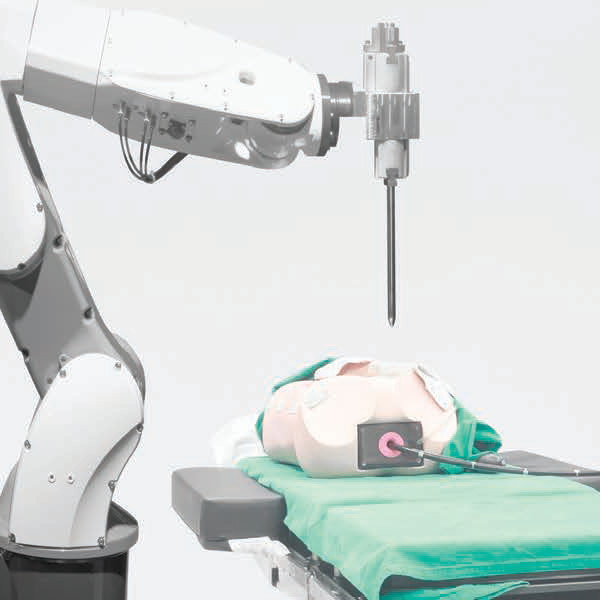 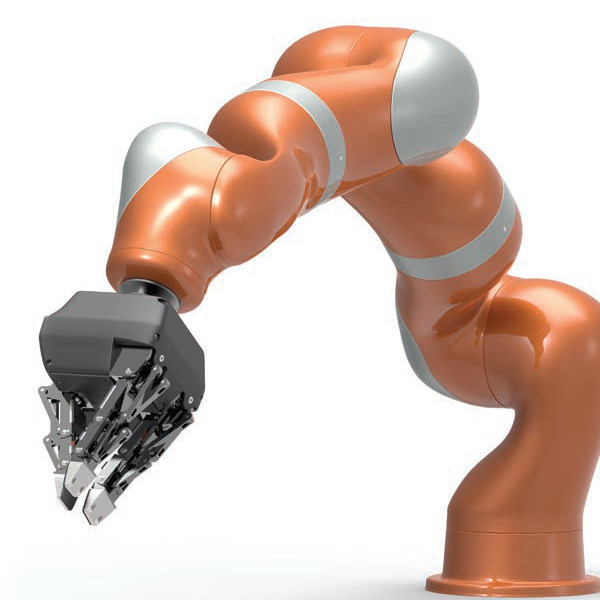 Robotic grippers are currently used in factories or medical settings but could be expanded.
Post to: