When a pacemaker battery dies, surgery is required to replace it, causing the patient pain and risking infection. But this may soon be a thing of the past, thanks to a new bio-friendly energy storage system that operates using charged particles from fluids in the human body. Medical Device Developments speaks to Richard Kaner, professor of chemistry and biochemistry, and of materials science and engineering, at UCLA, who led a study into biological supercapacitators.

Pacemakers have entered the realm of the mundane. The devices that help regulate abnormal heart rhythms are now the butt of jokes on sitcoms where a character has a sudden shock, and are used in common parlance, even though most of us still don’t really understand how they work or what exactly they do. Essentially, we have invented a small machine that attaches to our most vital organ to keep it going, when all natural processes mean that the unfortunate recipient would previously have died. Not only that, but we take this lifesaving invention largely for granted.

It speaks not only of human ingenuity but also of our ability to take on a fundamental flaw and conquer it. These heart-saving devices have been around since the 1960s but today’s sophisticated models can be programmed to a specific person’s needs. Over a million people worldwide have pacemakers fitted annually. Around 200,000 people have them implanted every year in the US, and around 25,000 people in the UK – that’s nearly 500 a week.

The first cardiac pacemaker was invented by a Canadian electrical engineer, John Hopps, the so-called ‘father of bioengineering in Canada’. He stumbled on it by mistake while researching the effects of radio frequency heating on battling hypothermia in 1941. Hopps found that if the heart stopped beating when its temperature dropped, it could be restarted artificially using mechanical or electrical stimulation to make it start beating once more. This research allowed the development of the first cardiac defibrillation machine, which was used by Hopps to start a dog’s heart in 1949, though there is no word on the dog’s fate.

In 1950, Hopps invented the first pacemaker device, which was too large to be used internally. It took several years, and a number of teams from around the world, to eventually get the device to a level of complexity that even somewhat resembles the pacemakers we have now, enabling it to be completely internal and hidden away from sight.

It was Wilson Greatbatch, a US electrical engineer, who invented the first implantable cardiac pacemaker in 1958. He also invented pacemaker batteries. The invention of the transistor meant that the pacemaker’s electrodes were no longer dependent on vacuum tubes and thus a smaller device could be used.

In 1984, John Hopps himself had a pacemaker fitted to regulate his own heart and received a replacement pacemaker 13 years later. At the time Hopps received his cardiac pacemaker, fitting the devices had become a routine procedure that saved thousands of lives annually.

Pacemakers have become so normal now that we take them for granted. They are a vital part of the modern medical landscape and are usually seen by the public as a catch-all solution.

Pacemakers have become so normal now that we take them for granted. They are a vital part of the modern medical landscape and are usually seen by the public as a catch-all solution. There’s just one problem, however. They still require a fairly major operation to install and the upkeep of the mechanical parts can be somewhat cumbersome – and that’s putting it mildly.

Even today, pacemakers are usually powered by traditional batteries that eventually run out of power and must be replaced, meaning another painful surgery for the recipient and an accompanying risk of infection. In addition, batteries contain toxic materials that could endanger the patient if they leak. But researchers at UCLA have recently developed a supercapacitor that could revolutionise implantable devices such as – but not solely limited to – pacemakers, making them safer and longer lasting.

Scientists from UCLA and the University of Connecticut have designed a new ‘biofriendly’ energy storage system called a biological supercapacitor. The team was primarily led by Richard Kaner, professor of chemistry and biochemistry, and of materials science and engineering at UCLA. The Connecticut researchers were led by James Rusling, a professor of chemistry and cell biology. The device they developed operates using charged particles, or ions, that come from fluids in the human body.

The scientists say the device is harmless to the body’s biological systems and could lead to longerlasting cardiac pacemakers and other implantable medical devices. The work, however promising, is part of a long project to make these devices more user-friendly. Kaner’s work, in particular, focuses on new materials including graphene, conducting polymers and superhard metals, and shows the enormous opportunities involved for the medical device field with these products.

The science behind the advent of this technology is a long story, specifically the tale of how the battery draws power from the human body. “The idea is to make all energy storage components biocompatible. While the graphene that we used for the electrodes is made out of essentially pure carbon, electrolytes are usually non-biocompatible,” Kaner explains, showing the workings behind bioware and the development of this specific piece of equipment.

The supercapacitor works in tandem with an energy harvester to convert heat and motion from the human body into electricity that could be used to power implanted devices. Kaner and his team’s published research also say that this technology could be a safer, longer-lasting alternative to batteries used in contemporary implantables.

Essentially what Kaner and his fellow researchers propose doing is storing energy in those devices without a battery at all. The supercapacitor they have invented would be charged using electrolytes from biological fluids in the body, such as blood serum and urine. It would then work with the energy harvester, which converts heat and motion from the human body into electricity.

“We demonstrated that bodily fluids can be used as the electrolyte. But note that we are not drawing power from the human body,” he says. “Others have done this with thermoelectric devices and with mechanical energy generators; we are simply showing how to store such energy.” In much the same way that self-winding watches are powered by the wearer’s body movements, the self-created electricity is then captured by the supercapacitor.

While the device relies on ingeniously simple processes to work, its construction involves some of the most cutting-edge technology in materials science. The new bio-supercapacitor comprises the carbon nanomaterial graphene, which is layered with modified human proteins used as an electrode, a conductor through which electricity from the energy harvester can enter or leave. Kaner, who is also a member of UCLA’s California NanoSystems Institute, says that the new platform could eventually also be used to develop nextgeneration implantable devices to speed up bone growth, promote healing or stimulate the brain.

Kaner says the reasons behind this research evolved from other entry storage projects that the team had been working on for over a decade. “Ever since we discovered laser-scribed graphene and realised that it has an extremely high surface area, high electrical conductivity, low cost and non-compactibility [the ability to retain pores even under pressure], we realised that this made it an ideal material for energy storage electrodes,” he adds.

Many patients suffer from invasive surgeries that come with the insertion of an implantable device – trauma, recovery time and risk of infection. The hope is that this development could lead to fewer side effects and a reduction in timeconsuming and expensive procedures.

However, that vision is still some time away. “Our work is a proof of concept. I do believe it will eventually lead to implantable devices that do not need to be replaced, such as is now done with pacemaker batteries,” Kaner says. “Hence, our work will reduce the number of surgeries needed for replacing batteries and this should be a big help to patients.”

This would be a boon for healthcare: hospital charges for pacemaker implantations have climbed steadily over the years. In the US, on average, charges have increased by 45% – from $53,700 in 1993 to $78,000 in 2009. It’s also estimated that around one in every 100 people with a pacemaker will develop a pacemaker infection. This usually happens within the first 12 months of having the device fitted, meaning a high cost for the healthcare provider and a risk for the patient.

There is no doubt the battery is a great invention and Kaner’s team has big hopes for it. But it is still several years away from mass production or coming onto the market. “There are still challenges in scaling up this new technology that will depend on investments by companies that specialise in biomedical devices,” he says.

But with increasing numbers of people living longer lives, aided by more life-saving medical technologies, the need for this sort of invention will be paramount. Medical device manufacturers will be eager to develop greater device usability and functionality for the healthcare provider and patient, meaning they no longer ever need to change a battery or remove a device, which would have led to an invasive operation. And Kaner sees this going further: “The smaller one can make electronic devices, the more relevant they become for use with the human body,” he explains.

It’s up to manufacturers to make sure that they are at the cutting edge of this process; a new device that means that having to change a battery on a pacemaker will soon be as outmoded a concept as having to wear the batteries on the outside was when those breakthroughs came through 50 years ago. 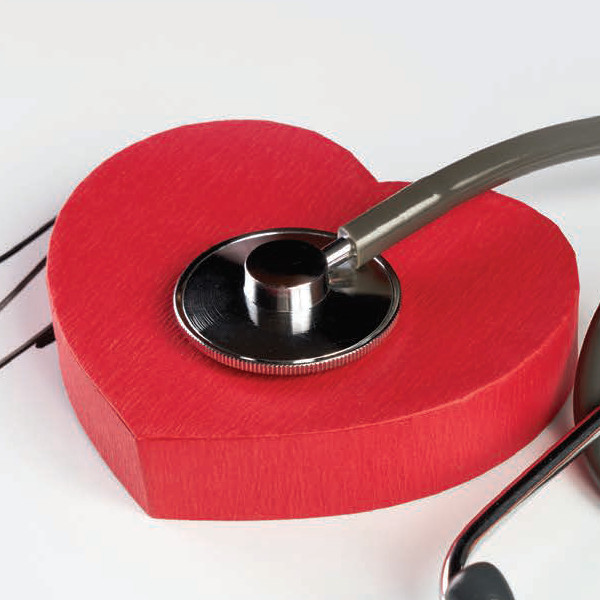 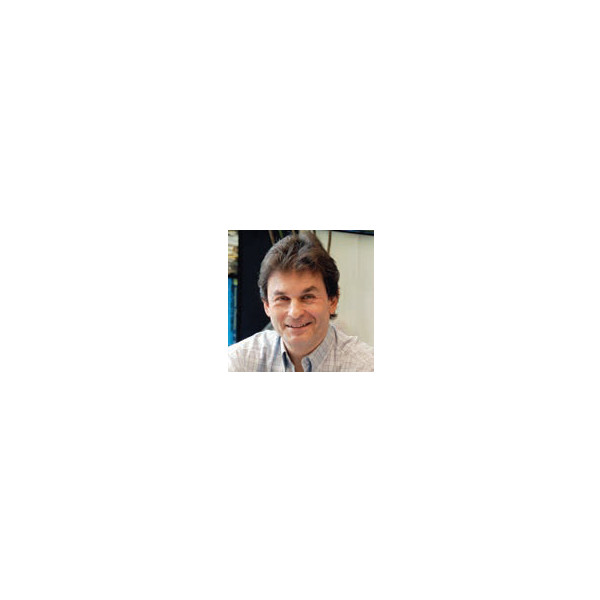 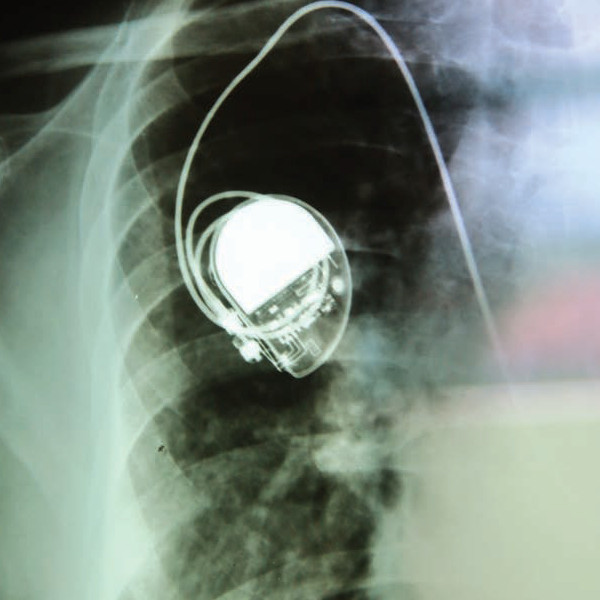 New research into biological supercapacitators could lead to a reduction in time-consuming, expensive procedures for patients with pacemakers.
Post to: