Motors, automation, robotics... where should medical manufacturers begin when looking to ensure that their labs remain on the cutting edge? James Quentin explores current trends, the technology available and the different methods by which firms are attempting to stay ahead of the curve.

The medical device industry is increasingly dependent on robotic processes. From academic institutions and large community hospitals, through to ultra-modern research facilities and factories, automation is the standard mode of operating. This is particularly so in device manufacturing, where laborious production line and testing work can now be done by machine, enabling lab technicians and others to undertake more intensive tasks. The question is what should be automated, though, and how best to go about it.

In a paper entitled ‘The Automated Clinical Microbiology Laboratory: Fact or Fantasy?’, Nathan Ledeboer, from the department of pathology at the Medical College of Wisconsin and Dynacare Laboratories in Milwaukee, said: “Diagnostic microbiology manufacturers are betting that robotics will be used for specimen processing, plate reading and organism identification in the near future.” This means they can do the most complicated jobs in a lab, as well as the most mundane and time-consuming, but what of the motors involved?

Lab automation is established in the more ‘scientific’ areas – those involving Petri dishes and sterilisation – but medical device manufacturing involves a host of other processes including motors, stamps and production lines.

According to Ledeboer, “These systems are highly complex, and have large footprints and hefty price tags. However, they are touted as being more efficient, rapid and accurate than standard processes.”

Automated laboratory processes have a variety of new and exciting features, such as image collection, that can help researchers and technicians. Some systems highlight how the automation’s design supports scientists in providing better services across genomics, biotherapeutics, high-throughput screening and high-content analysis.

Any simple, repetitive task – such as pipetting, moving plates around and various types of assay – can be automated. We see this as all part of the industrialisation of biology.

Most manufacturers want adaptable platforms that are as dynamic as the scientific research they enable. These offer deck capacities, accessories and pipetting technology (pipettes are vials for transporting measured volumes of liquid).

Complex movements, such as moving fluids (blood or urine, for example), lenses and more, require precisely controlled and repeatable linear motions. The motors involved with these actions have to be small; the requisite movements can be achieved by ‘stepper’ and brushless DC units, though the type required will depend on the specifications of the equipment involved.

Automation and robotics are increasingly freeing those involved in medical device manufacturing from having to baby-sit their experiments, which, according to a paper published by Peter Gwynne in the American Advancement of Science Journal, results in “increased productivity and lower costs for laboratories, and more creative time for individual researchers”.

“Any simple, repetitive task – such as pipetting, moving plates around and various types of assay – can be automated,” says Al Outhouse, senior applications scientist at CRS Robotics, a Canadian robotics manufacturer, in the same paper.

“We see this as all part of the industrialisation of biology,” adds Clifford Baron, director of marketing for global services and solutions at Applied Biosystems.

Integrated hardware and software has become the norm in all new products and equipment. Small, well-designed tools, spare-parts fulfilment and reconditioning services are included in most workspace stations.

Another notable trend in robotics and lab automation is leasing, rather than buying, products. This raises several issues, not least the changing relationship between machine and user. If something can be replaced cheaply every few years, there is a risk that motors and other components may be worked too hard. This may lead to a need for machinery that is more resilient but less able to do more finely detailed work.

Figures released by the International Federation of Robotics (IFR) revealed that global sales of industrial robots reached an all-time high of nearly 240,000 units in 2015. This upwards trend is increasingly being driven by Chinese manufacturers.

Robotic automation is a growing industry, then, but with success come challenges. According to the IFR in 2014, “Robot density in China is low, with about 36 robots per 10,000 manufacturing workers, compared with 164 in the US, 292 in Germany, 314 in Japan and a whopping 478 in South Korea. The average global robot density is approximately 66 units.”

Much of the impetus for automation is from sectors such as the automotive industry, however; while healthcare and medical device manufacturing are often perceived as being at the forefront of technological innovation, they may not be driving innovation and adoption as hard as they could.

This is particularly relevant to pipetting, which encompasses everything from simple liquid transfers to highly complex applications. The industry requires ease of use in procedures such as this; a product must be able to get a job done without a huge amount of fiddling before moving on to the next task. Meanwhile, when robotics is used for microfluidics, the process includes fluid transfer of remaining mixes or reagents; processing normalisation and serial dilutions; and automatic tube-switching for mixes or reagents. Maintenance and servicing of these machines is minimised to help save time. The equipment also has import and export functions, reducing the time spent typing sample names and other information into the software.

The software of these automated workstations is designed to be easy to program – no extra training for staff is required, making things simpler for users and manufacturers.

Robot surgeons also illustrate some of the advantages offered by recent advances in motor design and motion control. While not strictly lab-based, these machines have the potential to free surgeons and support staff from having to work in the same room as their patients for every procedure, all of the time.

Dr Ceri Williams, at the Centre for Innovative Manufacturing in Medical Devices, told this magazine in 2015 that there was an increasing drive for effective and reliable devices. “Every manufacturer wants its devices to be fit for purpose, reliable and able to operate under any sort of lifestyle or activity, as well as being clinically delivered effectively,” she said.

She believed that specific customer demands for lab automation were being acted upon, changing robot designs, and that robotics, as well as other types of automation, would become easier to use, more readily available and cheaper.

The development of computing demonstrates how the miniaturisation of technology can lead to a revolution.

"Techniques such as 3D printing and other automated manufacturing techniques tailor devices to individuals’ morphologies,” she noted.

Despite the hype, integrating automated, moving components into labs is a complex and often prohibitively expensive undertaking, and how robotics will be deployed over the next few years remains to be seen. However, motorised components look destined to play an increasingly significant role in the overall move towards miniaturisation. This was underscored in October 2016, when three scientists working on nanomotors for healthcare devices won the Nobel prize for chemistry.

Their achievements included getting a molecular rotor blade to spin continually in the same direction and using a molecular motor to rotate a glass cylinder that was 10,000 times its size. They also designed a nanocar.

“[The Nobel-winning team] developed molecules with controllable movements, which can perform a task when energy is added,” announced the press release. “The development of computing demonstrates how the miniaturisation of technology can lead to a revolution.”

Such technology will become indispensable, not just in surgery and patient-centric work, but also in lab work, especially the design and production of molecular machines.

The future of motorisation, robotics and lab-automation technology in medical device manufacturing will continue to be one of the most important aspects of the industry, and is something that must be embraced if it is to continue to profitable. 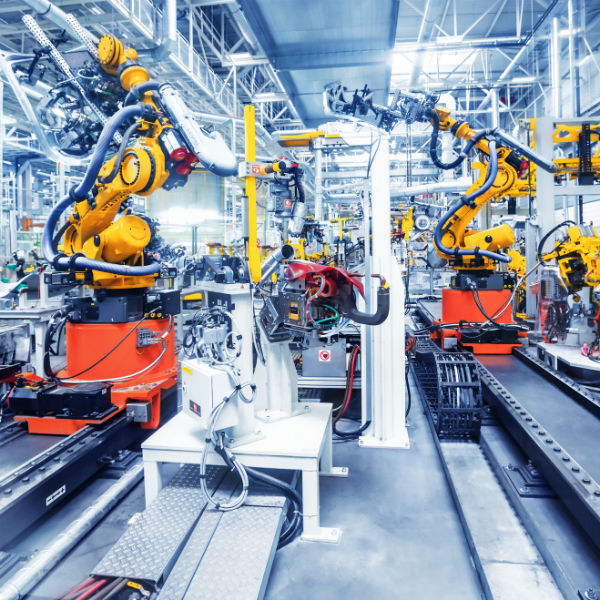 Robotics can be used for a number of processes, from pipetting to microfluidics, and automated workstations are designed to be easy to program. The downside is that integrating automated parts into the lab is often prohibitively expensive but this may change in the future. 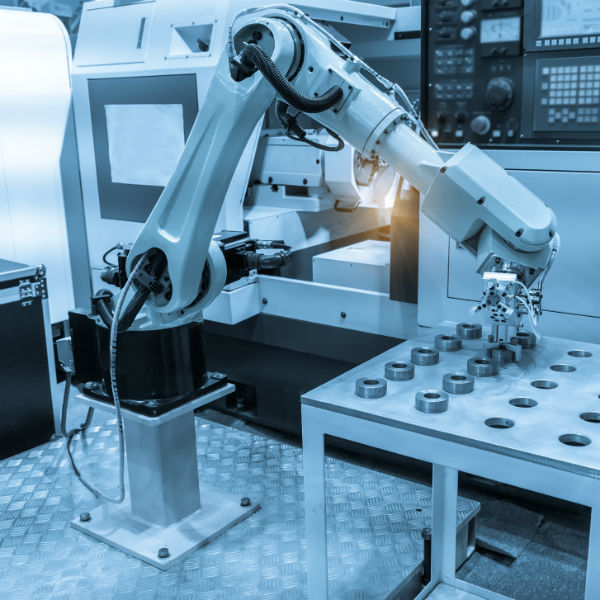 Automation and robotics have the potential to increase productivity and lower costs for the medical device manufacturing industry.
Post to: